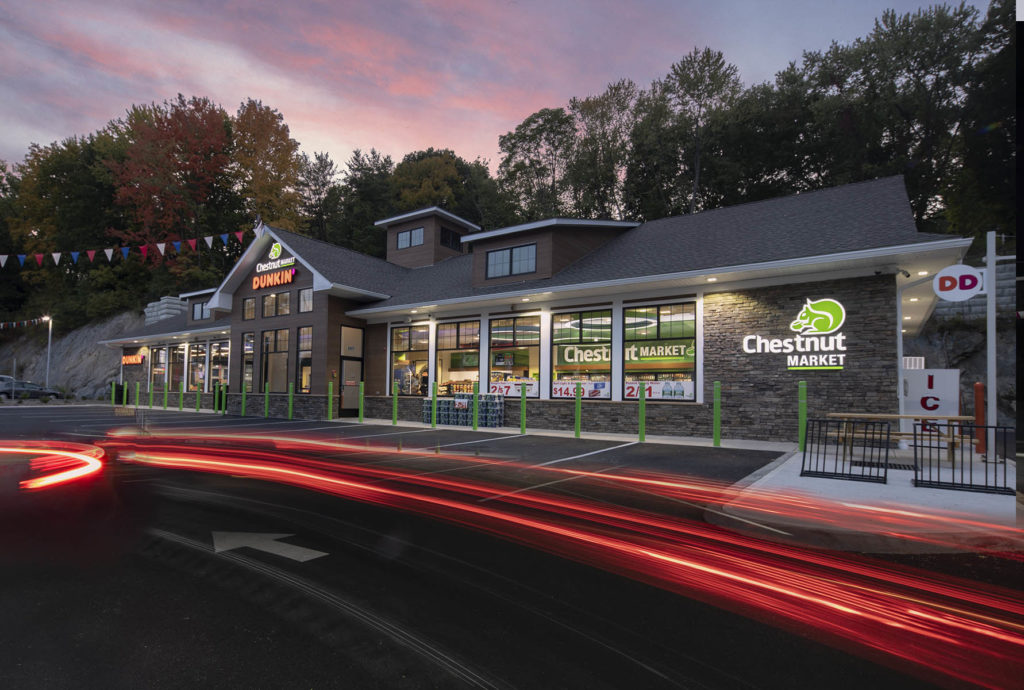 When Chestnut Petroleum Distributors Inc. (CPD) CEO Mickey Jamal started the business with his wife Kay in 1981, he could not have foreseen the changes to come over the next four decades.

“The first location we purchased was a repair shop that had two bays and a snack shop,” he said. “We offered some fresh coffee and very few other items. … We built a relationship with our customers, and we started expanding our product line. In 1983, we converted the bays into a store.”

In the beginning, the company grew organically, store by store, and Mickey was soon joined by his brothers Sam, Sal and Cal as business partners. A few strategic acquisitions later, the company really started to take off. 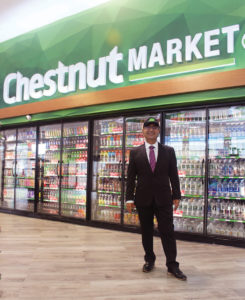 Today, with a second generation at the helm, the New Paltz, N.Y.-based chain has 175 commission agent/dealer locations and 64 company-operated sites in New York, New Jersey and Connecticut — with plans to hit 100 by 2025.

With the company at scale and growing, CPD is rolling out the Chestnut Market brand, which debuted mid-pandemic, to its fleet of c-stores through remodels and new builds. With a new logo, an inviting color scheme, amenities like Bitcoin ATMs, beer caves, f’real machines and an upcoming Chestnut Kitchen foodservice offering, the new brand is well positioned to wow customers.

“Our goal is to continue growing the company,” Mickey Jamal said. “Right now, we’re jumping at opportunities to acquire and build stores. And every location that we open will be under the Chestnut Market brand.”

The decision to rebrand as Chestnut Market centered around forming a more cohesive identity, one that customers will recognize for excellence in customer service, product selection and cleanliness — values the company has held since its inception.

The new brand design aims to make customers feel at home when they cross the threshold.

“Our stores are fresh, crisp, modern, well-lit; our bathrooms are super-clean,” said Mickey Jamal. “We provide customers with the right product that they’re looking for. Like Sal always says, ‘retail is detail.’ … Our CFO, Matthew Hagquist, our general manager, Rick Theilig, and my brothers Sam, Sal and Cal — between all of us, we have over a hundred years of experience in this business.”

Some of CPD’s employees have grown within the company, too. “We’re fortunate to have employees who have been working with us 10, 15, 20 years,” he added.

Over the past 40 years, he said, “the whole industry has changed tremendously.” But one thing remains: “Our customers depend on us. That’s what we’re here for.” 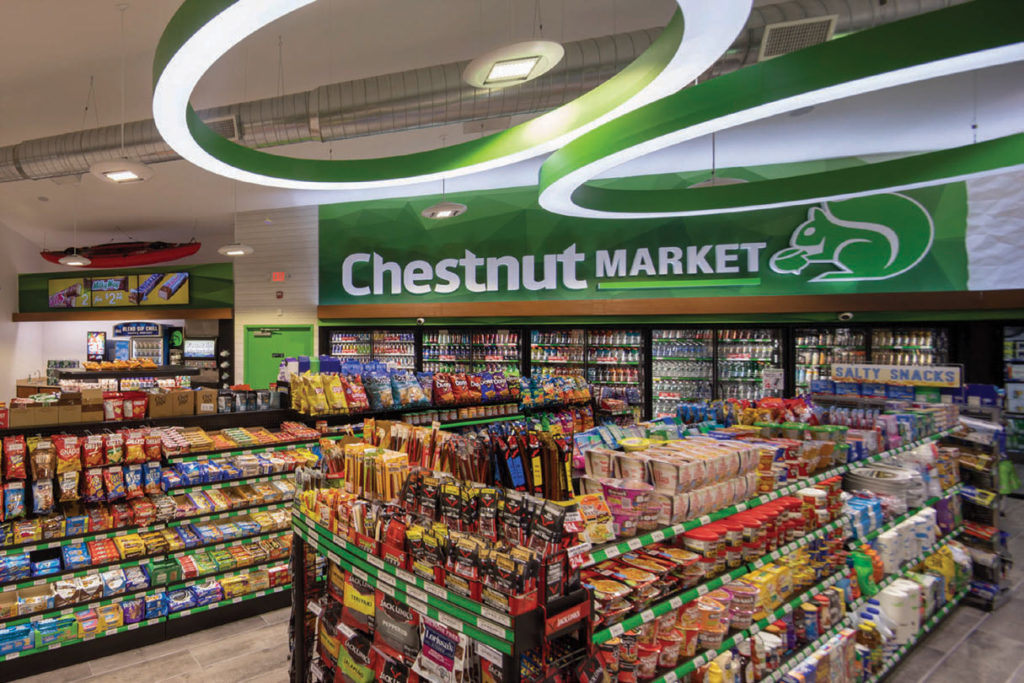 CPD’s goal is to always go above and beyond guests’ expectations, said Director of Brand Development Sharif Jamal, Mickey’s son and one of the second-generation family members. And the rebrand reflects this.

The new Chestnut Market-branded stores are more modern, while still maintaining a comfortable feel, keeping in mind the next generation of consumers.

“We went with a sleeker, modern design — something that’s more aligned with the times,” he said.

The logo and overall design for the Chestnut Market brand center around a minimal squirrel image and the color green, alongside other earthy tones, a nod to the company’s headquarters in New Paltz, a small mountain town in New York.

“We came up with the squirrel because we felt like it represented the Hudson Valley so well,” Sharif Jamal said. “But we didn’t want it to be cartoonish or generic; we wanted it to be pretty sharp. One of the requests I had when we were designing it was, ‘Make the squirrel look like Apple’s apple.’” The company worked with GSP to create the logo, Federal Heath for the interior branding and design, and GNS Group in Poughkeepsie, N.Y., for exterior signage.

“We even showed the design to our customers and our employees and voted on how the brand and the stores would look,” added Mickey Jamal. “We compared ourselves to the top of the industry, and we visited a lot of stores. After years of research, we decided to start branding.”

Chestnut Market sites can range from 900-5,000 square feet. Some started as gas stations; others are rebuilds or new-to-industry (NTI) sites. Some have car washes, some have quick-service restaurant (QSR) partners like Dunkin’. Fuel brands include Exxon, Mobil, Shell, Sunoco, BP, Irving and Gulf.

While CPD officially launched its rebranded Chestnut Market concept in 2020, it began laying the groundwork for the rebranding process several years ago. One challenge has been that the permitting process for new sites is notoriously slow, particularly in the states where CPD operates.

“It can take years,” said CPD President Sal Jamal. “It’s extremely difficult, but we always push through. We just received permits to do a remodel for one of our locations that took us almost five years. New York, Connecticut, New Jersey are some of the toughest places to get approvals for gas stations.” 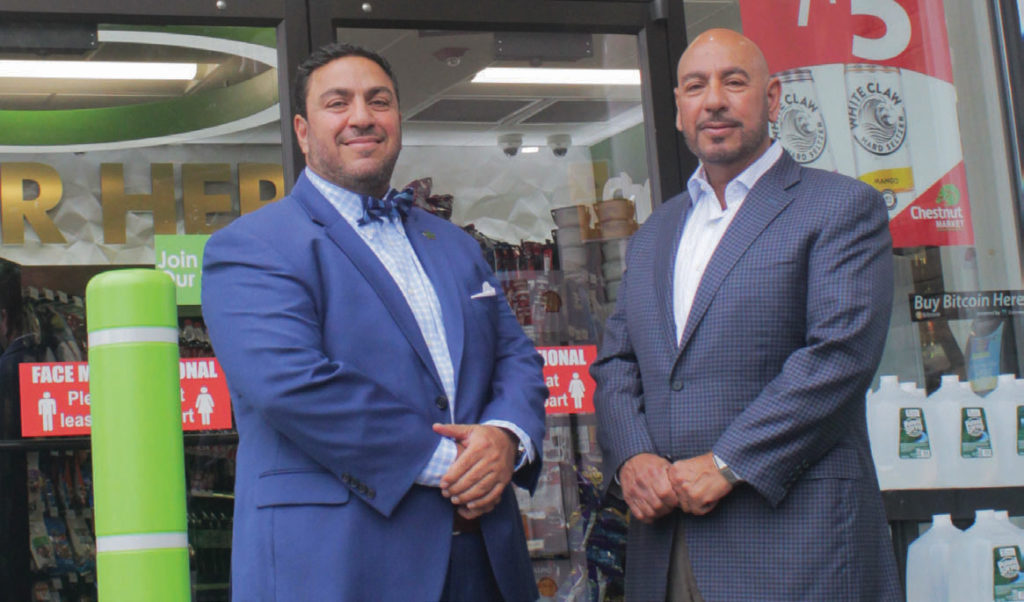 Now, despite slowdowns, things are moving along.

“We launched the rebrand with a NTI site in Elmsford, N.Y., and then we started getting approvals store by store, county by county, all across New York, Connecticut, New Jersey,” he said. “We’ve actually just gotten approvals on six sites that we plan on remodeling within the next year.”

Foodservice will also be getting an upgrade in Chestnut Market stores, with the upcoming launch of the brand’s Chestnut Kitchen offering.

Chestnut Market stores currently feature a grab-and-go program, but plans are in the works for a brand-new, full-service foodservice operation under the ‘Chestnut Kitchen’ name.

“It’s a totally proprietary fried chicken program that’ll be under the Chestnut Kitchen name,” he said. “We’re hoping to roll it out into our brand-new site that will be opening in Newark, N.J., within the next few months.” 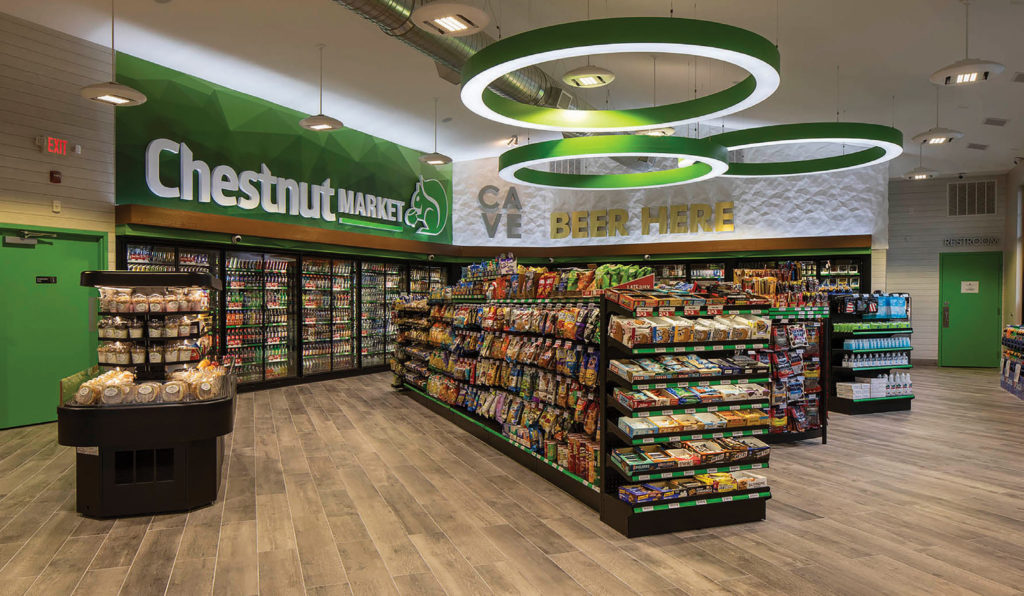 CPD has had success with chicken partners in the past. With the subcategory’s growing popularity, and the rollout of the new brand, a proprietary program seemed like a natural fit.

Plus, there are plans to carry additional fresh grab-and-go products, like sandwiches and fresh-cut fruits.

“We’ve always had grab-and-go and grocery items in the store,” Sharif Jamal said, “but depending on the site and the size of the store, we could be carrying more fresh items, more produce. … That’s one of the reasons we went with the name Chestnut Market — we’re starting to carry more fresh products.”

“We work with a local roaster out of New Jersey,” said Executive VP Cal Jamal. “We use 100% Colombian coffee and a Java Reserve mix as our two main coffee offerings. All locations also carry additional flavored coffees and teas.” 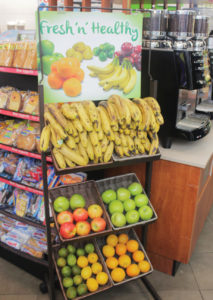 “COVID has changed the morning commute,” he said. “People have been starting their days later, or not commuting at all anymore, which resulted in a major shift to midday and afternoon traffic patterns.”

Still, he said, “customers relied on us being a quick and clean stop for convenience and grocery items. We gained customers’ trust and loyalty by having clean and fully stocked essential products.”

For Mickey, Sal, Sam and Cal, the move toward foodservice is full circle. Their background, before opening that first store in 1981, was in foodservice and in distribution.

“We’re very familiar with the food business,” Mickey Jamal said. “Now, the whole convenience industry nationwide has been focusing more and more on specialty offerings. And most of that specialty offering is food.”

With that in mind, the brothers foresee CPD operating a commissary down the line, to really streamline the foodservice offer to all Chestnut Market sites, no matter the size or location.

“We are in small communities, so our stores are not cookie-cutter. It’s somewhat difficult to have the same service from a 900-square-foot store to a 3,000- or 5,000-square-foot store,” noted COO Sam Jamal. “So we’re focusing on eventually having a commissary where we deliver food to all our stores and are able to deliver from the stores directly or through a local/national service to the community.”

And while some of Chestnut’s sites already feature drive-throughs for its Dunkin’ QSRs, Faheem Jamal said the company plans to expand the drive-through offer and the products available. “We’d put drive-throughs at every store if we could,” he said. “One of our biggest battles right now, with all these different municipalities that we’re trying to get permitting in, is fighting for a drive-through, too. We’re going to keep pushing it.”

If all goes well, he said, as the company develops its Chestnut Market foodservice program, it will continue to grow the drive-through offer.

The company is working on developing a new website and an in-store app, which will include loyalty rewards. And, further down the line, it’s eyeing other technologies like self-checkout to stay competitive and reduce labor costs.

“We like to stay agile and be able to change with the times and the technology,” Cal Jamal noted. “Self-checkouts are all over the tri-state area — in supermarkets, pharmacies, QSRs and now even in some of our c-store competitors.”

The biggest challenge, said AJ Jamal, northeast director of wholesale fuels, “is we are always talking about business whenever we are together — weddings, birthdays, sporting events or dinners with our families.”

“Overall,” he said, “we all have one goal: to make the company better. Everybody’s always striving to make it better.”