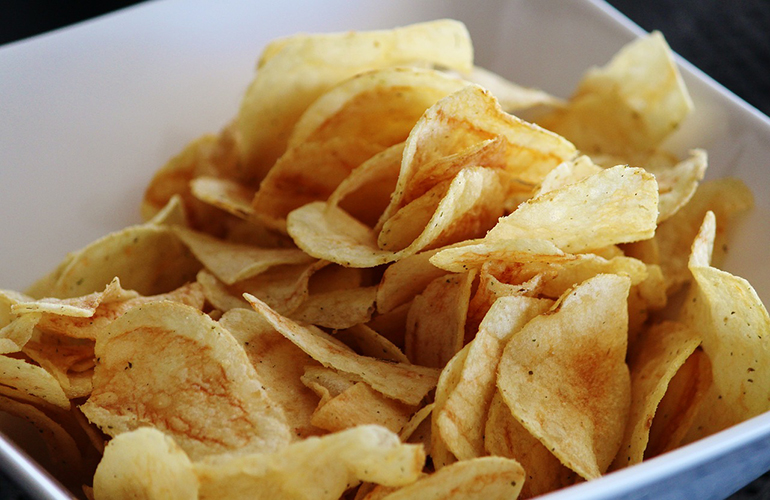 As the potato chip category stages a post-pandemic comeback, the most popular items continue to be those that feature spicy, dramatic flavors and/or are perceived as a healthier choice.

Chips are a c-store staple, of course, but COVID-19 put a solid dent in the business. Sales within convenience stores declined in 2020 primarily because pandemic-related concerns moved consumers to limit their shopping to a single stop, mostly at mass/grocery/club stores, according to NielsenIQ.

As expected, however, the business has bounced back. According to statistics from IRI, for the 52-week period ending Oct. 31, 2021, the convenience store channel saw sales of potato chips reach nearly $1.8 billion, and 8.0% increase over the previous year. At the same time, tortilla/tostada chips recorded sales of just over $1.2 billion, a 10.4% rise.

“I think anything that has a spicy flavor profile is doing well right now,” suggested Mike Jackson, category manager for High’s Stores in Baltimore, Md. “Spicy flavor extensions on existing brands have been seeing some increased sales.”

Indeed, more than one leading brand has introduced “hot” extensions to its product offerings. “These extensions have done very well without cannibalizing core flavors,” Jackson said of one of them. Another manufacturer based in the South purchased a spicy chip brand in order to broaden its flavor selection. “We have brought these into our stores and they have done very well.”

Because of the rising health consciousness among consumers worldwide — spurred in part, ironically, by the pandemic — several potato chip manufacturers are launching value-added products that are healthier than traditional potato chips, according to marketresearch.com. These include products with reduced fat and calorie content, fortified with healthy ingredients, lower cholesterol and more. Chips that are gluten-free, non-GMO-verified and made with sea salt and natural colors and flavors are gaining more popularity than the traditional varieties.