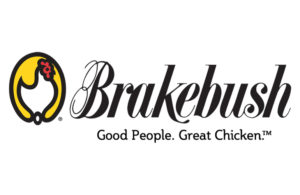 After more than 40 years with the Brakebush Brothers Inc. President and CEO Scott Sanders will retire on Feb. 4, 2022, the company announced. A graduate of the University of Wisconsin at Madison, Sanders held the role of vice president of sales and marketing prior to being named president in 2016.

Sanders will be retiring to spend more time was his wife, his three adult children and his eight grandchildren. He will also be continuing his role as a member of the board of directors of La Causa, a greater Milwaukee based nonprofit organization.

The role of president will be filled by current CFO Greg Huff. Huff joined Brakebush in 2015 as CFO and treasurer. Huff has held CFO and COO roles in food and ingredient companies for 20 years and brings extensive experience to the position. During Huff’s tenure at Brakebush, Brakebush has had multiple significant expansions and acquisitions helping drive sales and profitability for the organization.

Huff has degrees from Winona State University and an MBA from the University of Illinois and has spent the majority of his career in the food business. Huff and his wife Shelli have five children, three grandchildren and currently live in Madison, Wis., after relocating from Idaho.

Established in 1925, Brakebush Brothers Inc. still thrives on the innovative, industrious spirit of its founders supplying a variety of further processed and raw IQF chicken products to foodservice establishments nationwide.