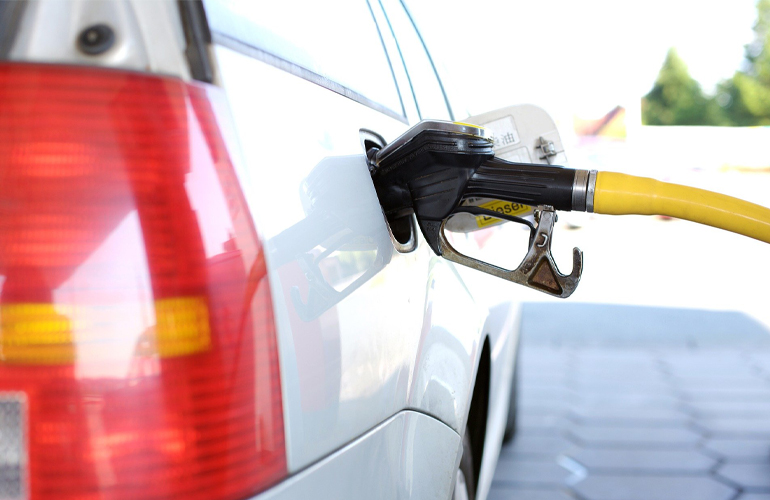 Pump prices continue their slow seasonal descent, according to AAA, despite a slight rebound in oil prices due to waning fears of a global slowdown caused by the COVID-19 omicron variant. The national average for a gallon of gas fell two cents on the week to $3.33.

“Gas prices tend to fall a bit this time of year due to the shorter days and less robust demand,” said Andrew Gross, AAA spokesperson. “And this trend was assisted by the recent steep drop in oil prices due to fears over the omicron variant. But the variant’s impact on pricing appears to be fading, so it remains to be seen if oil prices stabilize or move higher.” 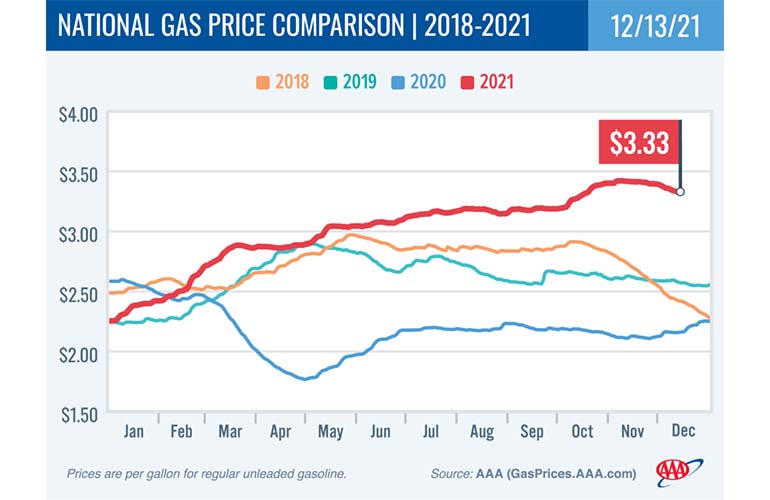 Additionally, prices rebounded last week as optimism increased that the omicron variant of the COVID-19 virus will not have as large an impact on global energy demand as initially feared. For this week, continued optimism could help crude prices continue to rise.