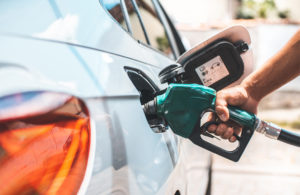 Gasoline prices fluctuated over the past few days as news of a severe fire at a major oil refinery countered fears of an omicron-driven economic slowdown, according to AAA.

Last Thursday, four people were injured when a fire erupted at the Exxon Mobil Corp. refinery in Baytown, Texas. The plant is one of the largest refining and petrochemical facilities in the U.S. If the damage forces the plant offline for long, the disruption could negatively affect gasoline prices. As a result, the recent steady decline in pump prices has slowed, with the national average for a gallon of gas falling two cents on the week to $3.28.

“We should learn more in the coming days about the extent of the damage to the refinery,” said Andrew Gross, AAA spokesperson. “If it can be back up and running in a few weeks, the effect could be minimal. But if repairs take months, consumers could begin seeing higher prices again at the pump.”

According to new data from the Energy Information Administration (EIA), total domestic gasoline stocks increased by 5.5 million bbl to 224.1 million bbl last week. On the other hand, gasoline demand decreased from 9.47 million b/d to 8.99 million b/d. Typically, falling demand and increased supply would support larger drops in pump prices, but fluctuations in the price of crude oil have helped to keep pump prices elevated. If crude prices continue to climb, pump prices will likely follow suit. 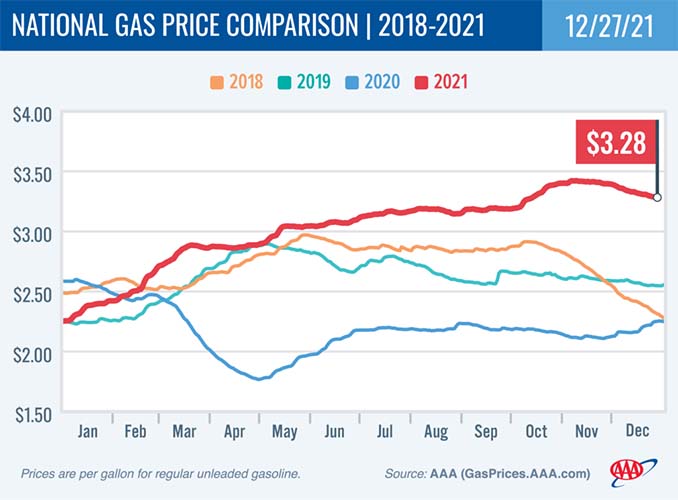 At the close of last week’s formal trading session, WTI increased by $1.03 to settle at $73.79. Despite demand concerns over the omicron variant of COVID-19, crude prices increased after EIA reported that total domestic crude stocks decreased by 4.7 million bbl last week to 423.6 million bbl.

The current stock level is 15.2% lower than in December 2020, contributing to pressure on domestic crude prices. For this week, prices could continue to climb if EIA’s next weekly report shows another decrease in total stocks.