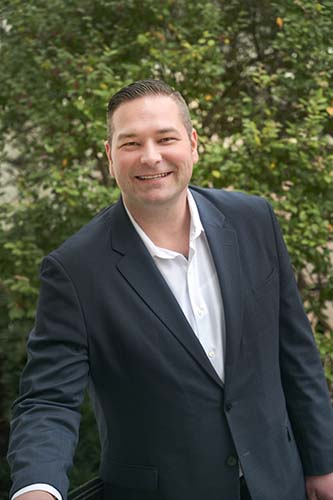 In his new position, Sadowski is responsible for overseeing all aspects of Parker’s retail store operations, leading and motivating team members, optimizing operational processes and systems, serving as a brand ambassador and enhancing productivity as well as customer service.

Sadowski brings more than 20 years of strategic leadership and talent development experience in the retail service sector to his new position at Parker’s. Before joining Parker’s, Sadowski served as the director of operations at QuickChek Corp., where he oversaw the performance of 80 stores and 2,700 associates. Earlier in his career, he worked as the district leader of operations for QuickChek, store team leader at Target and general store manager at The Home Depot in the metro New York area.

“Ted is a stellar addition to our accomplished team who brings invaluable experience leading people, achieving ambitious goals and supporting innovation, technology and excellence,” said Greg Parker, founder and CEO of Parker’s. “He’s a strategic thinker who shares our commitment to being a people-first company and exceeding customer expectations.”

Sadowski is based at the Parker’s corporate headquarters in Savannah, Ga. and serves as a member of the company’s senior leadership team.

Parker’s operates 71 retail stores in coastal Georgia and South Carolina and gives back to every community where stores are located through the company’s Fueling the Community program and the Parker’s Community Fund.

Parker’s has enjoyed steady 20-24% annual growth every year for the past 23 years and offers an acclaimed Parker’s Rewards program, which saves customers time and money at the pump as well as in the store.

The Parker’s Rewards loyalty program, which includes more than 300,000 members, has saved customers more than $15 million to date. Parker’s employs more than 1,200 individuals throughout South Carolina and Georgia and completes more than 125,000 transactions daily.