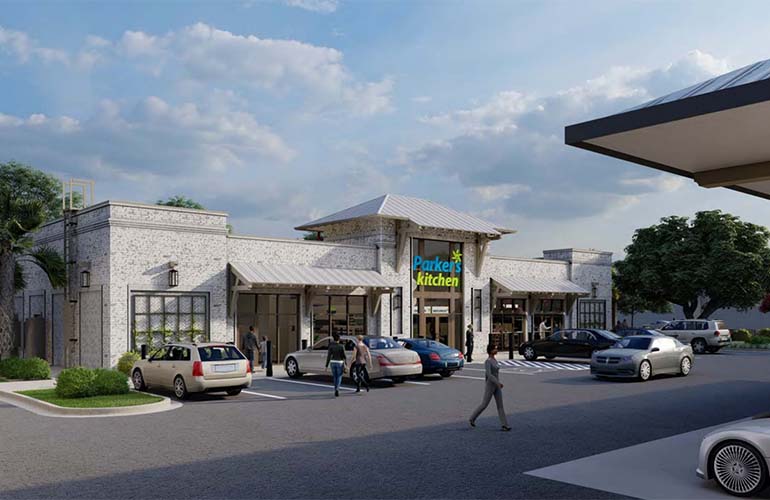 Parker’s — CStore Decisions’ 2020 Chain of the Year — recently announced plans to open a new location on a 3.4-acre commercial site located at the corner of DeRenne Avenue and White Bluff Road in Savannah, Ga., where it will install a new Chick-fil-A, Starbucks and Parker’s Kitchen.

The Parker Cos., which is the parent company for the Parker’s and Parker’s Kitchen brands, serves as the developer for the site, which is expected to open in summer 2022. The Pinyan Co. in Savannah serves as the lead contractor for site construction.

The site will incorporate the existing 60-foot metal globe, which previously served as a Savannah Gas Co. natural gas storage tank in the 1950s. The giant globe will anchor the parcel, which is located at one of Savannah’s most high-traffic intersections.

“We’re absolutely thrilled to develop this underutilized site and to preserve the globe, which is an iconic landmark for many Savannah residents,” said Parker’s founder and CEO Greg Parker. “We listened to the public throughout the planning process and have made a significant investment to save the globe and to develop this long-neglected site in a more thoughtful, strategic way. Our customers know that we have an unwavering commitment to quality and a powerful connection to the communities we serve. We look forward to transforming this former eyesore into a gateway to Savannah that will meet the needs of today’s residents and visitors.”

Atlanta-based Chick-fil-A is a family-owned and privately held restaurant company founded in 1967 by S. Truett Cathy. Devoted to serving the local communities in which its franchised restaurants operate and known for its original chicken sandwich, Chick-fil-A serves freshly prepared food in more than 2,500 restaurants in North America.

Founded in 1971, Starbucks Corp. is a global chain of coffeehouses headquartered in Seattle. Starbucks operates more than 30,000 retail stores in 80 countries around the world.

Founded in 1976, Parker’s employs more than 1,200 professionals throughout Georgia and South Carolina and completes more than 125,000 transactions daily.