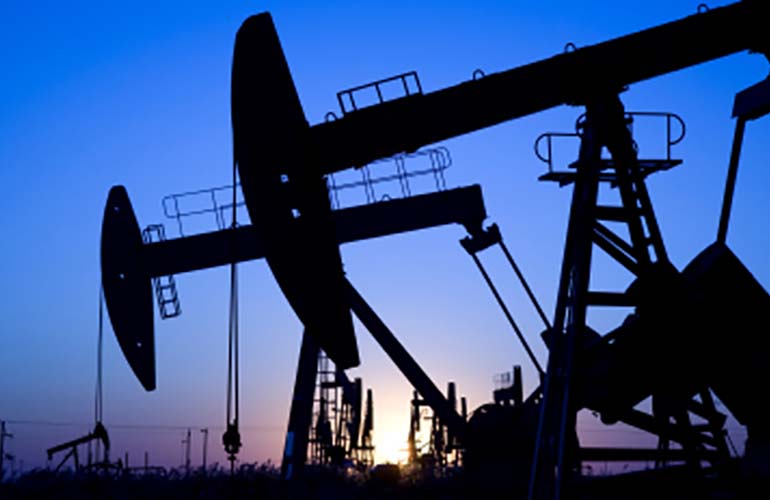 Gasoline prices — driven primarily by the price surge in crude oil, which is closing in on $80 a barrel — edged upward last week, according to AAA.

Events on the far side of the globe are fueling the recent rise. Social unrest and violence in Kazakhstan, a member of the OPEC+ alliance, have forced that nation to cut production. Before the recent flare-up of violence, Kazakhstan pumped nearly 2 million barrels of crude a day. In contrast, the United States, as the top oil-producing country in the world, pumped an average of 18.6 million barrels a day. Since the global price for oil accounts for nearly half of what consumers pay at the pump, higher oil costs will usually result in higher gasoline costs. The national average for a gallon of gas rose two cents to $3.30.

“Markets, in general, don’t like uncertainty and volatility, and the oil market is no exception,” said Andrew Gross, AAA spokesperson. “The oil production cuts by Kazakhstan demonstrate that in times of tight supply, it doesn’t take much to put upward pressure on the overall price of oil.”

According to new data from the Energy Information Administration (EIA), total domestic gasoline stocks rose by 10.1 million bbl to 232.8 million bbl last week. On the other hand, gasoline demand decreased from 9.72 million b/d to 8.17 million b/d. Typically, pump prices decline due to lower gas demand and a rise in total stocks, but continued growth in the price of crude oil has helped to elevate pump prices. As oil prices continue to climb near $80 a barrel, pump prices will likely follow suit. 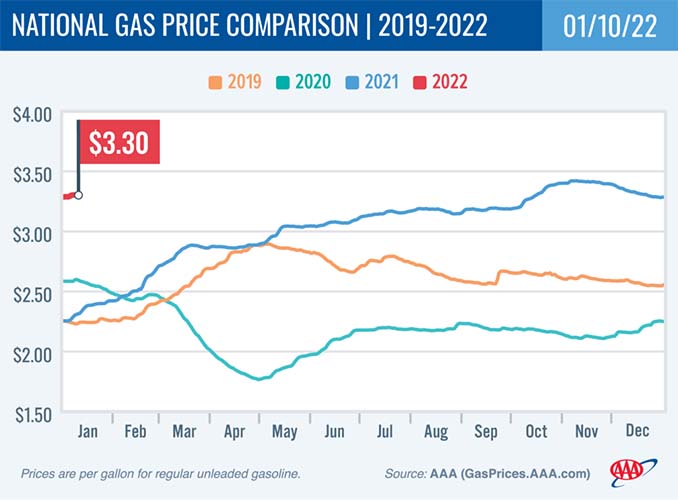 At the close of Friday’s formal trading session, WTI decreased by 56 cents to settle at $78.90. Although prices moved lower on Friday due to contract pricing fluctuations at the beginning of the year and demand concerns over the COVID-19 omicron variant, crude prices increased overall last week after the EIA reported that total domestic crude stocks decreased by 2.1 million bbl last week to 417.9 million bbl.

The current stock level is approximately 14% lower than at the end of December 2020, contributing to pressure on domestic crude prices. For this week, crude prices could continue to climb if EIA’s next report shows another inventory decline.