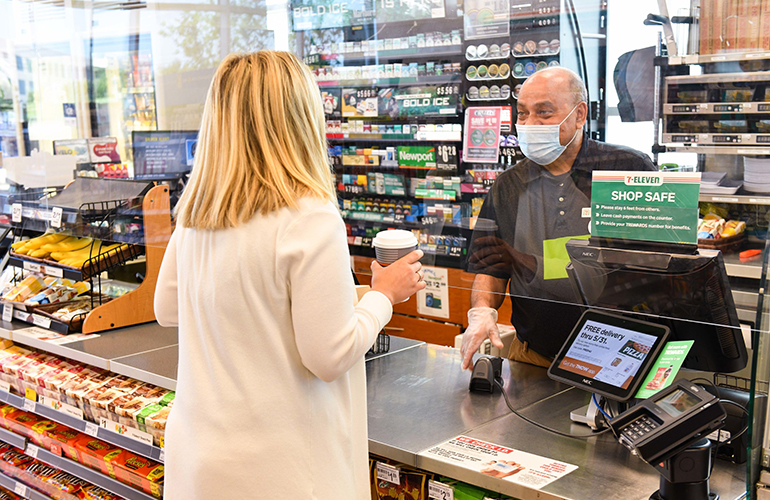 The U.S. Supreme Court on Jan. 13 issued a pair of rulings that affect employer vaccine and mask mandates handed down by the Biden administration. One ruling put a temporary halt to the administration’s COVID-19 vaccine, testing and mask mandate for large employers. The high court, though, let stay a separate rule that applies only to health care workers at facilities that receive federal funding.

In the ruling over the employer mandates, the court in a 6-3 decision blocked the rule that was to be administered by the Occupational Safety and Health Administration.

“OSHA has never before imposed such a mandate. Nor has Congress. Indeed, although Congress has enacted significant legislation addressing the COVID–19 pandemic, it has declined to enact any measure similar to what OSHA has promulgated here,” the majority opinion stated.

In a 5-4 ruling, the court upheld employee vaccination requirements for health care facilities receiving Medicare or Medicaid funding, a rule administered by the Department of Health and Human Services.

“Both Medicare and Medicaid are administered by the Secretary of Health and Human Services, who has general statutory authority to promulgate regulations ‘as may be necessary to the efficient administration of the functions with which [he] is charged.’ One such function — perhaps the most basic, given the Department’s core mission — is to ensure that the health care providers who care for Medicare and Medicaid patients protect their patients’ health and safety,” the majority stated.

The Biden administration’s employer mandate had an initial deadline of Jan. 4, but was extended to Feb. 9, a deadline the ruling has rendered moot. The mandate would’ve affected half the American workforce, or roughly 84 million employees.

The temporary requirements would have imposed penalties on businesses employing at least 100 workers and who failed to ensure that all of their employees, aside from those who qualified for an exemption, were fully vaccinated for COVID-19.