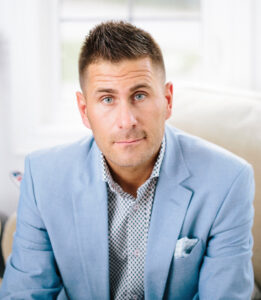 If COVID-19 weren’t challenging enough for convenience retailers, the start of the pandemic saw an increase in crime, said Sean Sportun, a security expert who’s spent almost 18 years in the convenience store world, 15 of which were with Circle K, leading the company’s Central Canada Loss Prevention Department.

“People, it seemed, felt very comfortable wearing a mask and coming into the store, (thinking) that their identity was concealed,” he said. “For the first month or so, we saw a peak in crime.”

However, the crime spike was short-lived, he said, thanks in large part to his stores’ extensive, hands-on employee training program, as well as some “very out-of-the-box” community-centric strategies, such as the now-famous positive ticketing and mural programs.

Through the positive ticketing initiative, Circle K supplied local police officers with coupons for free drinks, which could be given to youth caught doing something positive in the community. And the mural program started as a way for one store to solve its graffiti problem.

“It was a store that we’d (already) thrown everything at, from security measures of cameras and taking away escape routes and lighting — you name it,” Sportun said. “It just didn’t work. … We thought, ‘What if we engaged a local graffiti artist, the community, all the stakeholders, and did a mural?’”

Not long after, Harvard University took notice — and offered to fund the program for other stores to study its effects. Ultimately, it found the stores that implemented the mural program saw not only a reduction in crime, but also an increase in store sales.

Tools of the Trade

Through these types of initiatives, Sportun said, they began to shift the way that security is perceived — as a department that contributes to the bottom line. Still, there’s work to be done in the way the industry views loss prevention and technology.

Be sure to retain at least 60-90 days of video, which means adding another hard drive to your DVR. Once that’s in place, other, more advanced forms of technology can be explored.

“GPS technology is something that we had implemented with ‘the tobacco tracker,’ installed in a covert manner, inside a tobacco product,” Sportun said. “When (robbers) come in and steal a whole bunch of tobacco, it automatically goes off, and that information is given within seconds to law enforcement. We were seeing a 100% apprehension rate.”

AI is another great tool to consider, not only from a security perspective, but also marketing and operations.

“You might not be able to do facial recognition so much in Canada,” he noted, “but from a marketing perspective? You look at heat mapping and where customers are going and product placement and all that. So why not use it? With the information you can get from that, you will only see an increase in potential sales.”

Wary retailers can rest assured that these types of tools, as they advance and evolve, will continue to become more affordable, Sportun said. But retailers must first be willing to shift their mindsets.

“If you want to reduce crime, you can’t say, ‘This is what we always used to do,’” he said. “Sometimes you need to challenge the old ways.”

Sean Sportun is a graduate of the Seneca College Law Enforcement Program, with two certificates on Leadership and Management from Queens University. He’s received a number of awards, including the Key to the City of Baton Rouge in 2005 and the 2016 Mission 500 Humanitarian Award. His roles include national director, strategic accounts for Canada, GardaWorld; chairman for the Toronto Crime Stoppers Board of Directors; vice president for the International Society of Crime Prevention Practitioners association; and member of the Canadian Association of Chiefs of Police.