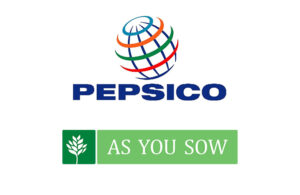 PepsiCo has agreed with As You Sow on a global packaging goal intended to increase the percentage of its total beverage servings delivered through reusable models from 10% to 20% by 2030.

The company said the boost in reusable delivery systems will be achieved through expanding its SodaStream business at home and in workplaces, increasing its use of refillable plastic and glass bottles in selected markets, finding ways to ensure more fountain drinks are served in reusable cups, and pushing growth in products like Gatorade offered as powders and concentrates.

“We are pleased to have obtained significant commitments this year on boosting reuse/refill models from the two dominant global soft drink beverage companies whose packaging has been identified as a major contributor to global plastic pollution. We commend Pepsi for making this commitment,” said Conrad MacKerron, senior vice president of As You Sow. “It is too soon to be able to judge impact, but we hope that both companies prioritize substantial cuts in the number of single-use packages they place on the market as part of these efforts.”

The pledge was made in response to a shareholder proposal filed by As You Sow, asking the company to report on actions it could take to rapidly reduce dependence on single-use plastic packaging, with a suggested focus on setting stronger refillable goals. In March, the company agreed to set a goal by the end of 2022 for a percentage of beverages to be delivered via strategies that avoid or minimize single-use packaging.

Following the filing of a similar proposal with The Coca-Cola Co., Coke agreed in February to set a goal to increase the share of its beverages delivered in returnable/refillable containers from a current 16% to 25% of beverages by volume in refillables by 2030.

Pepsi has stated that 10% of its total beverage servings sold currently utilize a reuse model but has not released supporting data explaining its methodology or indicating what portions of that total are attributable to Soda Stream, refillables, fountain drinks or concentrates. Further, the company did not report a reusable packaging metric to the Ellen MacArthur Foundation New Plastics Economy Global Commitment for its recent annual progress report. Providing an explanation of how it reached its 10% servings-based reuse metric and disclosing how many of its bottles are refillables in areas where it has substantial refillables operations would assist in evaluating the efficacy of current and promised efforts.

Refillables have demonstrated the ability to substantially cut plastic waste and in some markets achieve collection rates of 90% or more. Refillable bottles can be reused from 20 to 40 times. By comparison, less than 30% of single use PET beverage containers are recycled in the U.S.

The Pepsi pledge follows a September 2021 announcement by the company stating new goals to cut virgin plastic by 50% per serving across its global food and beverage portfolio by 2030, use 50% recycled content in its plastic packaging and scale the SodaStream business globally, following engagement with As You Sow.

PepsiCo’s product portfolio includes a wide range of enjoyable foods and beverages, including many iconic brands that generate more than $1 billion each in estimated annual retail sales 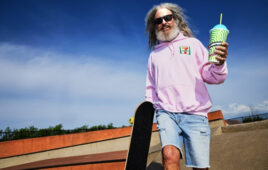 Maverik Announces Most Popular Products of 2022