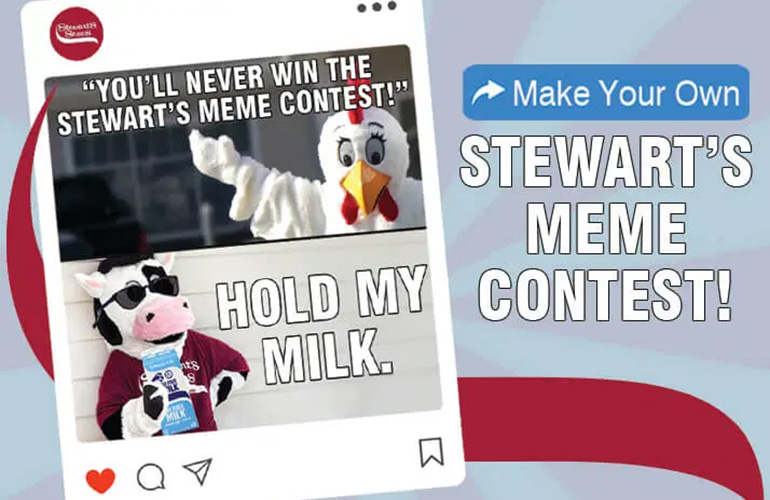 Stewart’s Shops’ 12 Months of “Make Your Own Prize” Contests has officially begun, where every month, Stewart’s Shops will be posting a new contest where customers can make their own prize, choosing between a year’s worth of free Stewart’s coffee or ice cream.

For January’s contest, Stewart’s Shops is asking customers to create their very own Stewart’s meme. Tips to keep in mind when creating a meme include:

To enter the contest, customers should fill out the form on the company’s website and attach their Stewart’s meme. Entries will be accepted through Jan. 20, and the winner will be selected before the end of the month.

Stewart’s employees and their immediate family members are not eligible to win.