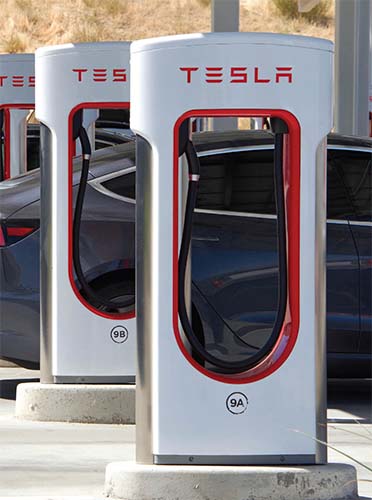 As a new year begins and legislatures across the nation push to further environmentally friendly agendas, convenience store retailers are assessing future demand to determine how to best compete in a changing fuel landscape.

2022 posed many challenges for consumers and retailers alike as gas prices reached record-high digits. Although consumers still needed to drive, many changed their behavior, fueling up less frequently and spending less per visit.

“Fuel demand is still below pre-pandemic levels, and I expect that to remain true for 2023 as well,” said Joel Hirschboeck, senior vice president, fuel, GetGo Café + Market. “Across the oil and gas industry, I think we can expect to see more companies invest in sustainable technologies, not only to lower their carbon emissions, but to also produce fuel.”

While excitement exists around electric vehicle (EV) charging, when it comes to powering the vehicles of tomorrow, the future may not lie in one specific technology, but a combination of strategies united behind a common goal.

“(Congress) should be asking ‘How do we decarbonize?’” suggested John Eichberger, executive director of Alexandria, Va.-based The Fuels Institute.

Decarbonization is critical to reducing greenhouse gas emissions. Multiple pathways exist to achieve the “net-zero” emissions goals set by some states and cities. One pathway includes diversifying into renewable energy.

In August, California sanctioned a rule that all new passenger cars and light trucks that are sold in the state must be EVs or emission free by 2035. Virginia is following the same path, along with Washington, Massachusetts, Oregon and New York.

These states’ mandates indicate a push for the U.S. to move toward EVs as part of the solution to decarbonization. President Biden’s introduction of the American Battery Materials Initiative and the Department of Energy’s funding for manufacturing and processing companies to process lithium, graphite and other minerals used in EV batteries contribute to the effort.

Eichberger warned, however, that EVs are not the only solution and cannot replace the vehicles already on the road today.

“EVs have a huge role, and they’re going to have a great contribution to reducing emissions and reducing the cost of transportation in certain markets, but they’re not going to be ubiquitous, especially not in the near or medium term,” said Eichberger. “We want to be serious about protecting the environment. We need to reduce the emissions from all vehicles, not just promoting new vehicles, which are not zero emission. They are zero tailpipe, but they still have an emissions profile.”

In the meantime, many retailers are adding EV charging stations where appropriate.

Ankeny, Iowa-based Casey’s General Stores, which operates over 2,400 c-stores in 16 states, recently added its 11th Tesla Supercharger at its Urbana, Ill., site. In the Midwest and South, Casey’s offers 134 EV chargers across 28 locations. These locations are outfitted with DC fast chargers, and certain locations offer level 2 charging in addition to multiple plug options.

“We want to be thoughtful about our support for the future of energy but understand the speed at which the evolution happens,” said Nathaniel Doddridge, vice president of fuels at Casey’s.

The chain is partnering with Electrify America and EV manufacturers to support its ongoing EV-related efforts. Additionally, Casey’s participated in grant opportunities with MidAmerican Energy in Iowa and Omaha Public Power District in Nebraska.

Kum & Go has also been adding EV charging stations at some of its stores, with plans to have them at 10% of its stores by the end of 2023.

Kum & Go currently operates over 400 stores across 12 states, with plans to expand into two additional states — Idaho and Michigan — over the next year.

“There’s no question that EV adoption is growing, but looking forward, we believe that growth will continue at a measured pace relative to some of the more aggressive projections that are out there,” said Ken Kleemeier, vice president of fuels, Kum & Go. “From a Kum & Go perspective, we have been gradually expanding our footprint of EV chargers at locations where we see demand — which has primarily been along high-traffic corridors so far.”

Kum & Go will continue expanding its charger map in 2024 and beyond by participating in the National Electric Vehicle Infrastructure (NEVI) Formula Program.

But EV charging might not work for all retailers. C-stores considering the EV charging business should assess the habits of customers in their operating area, Eichberger recommended.

“If you’re not seeing (EVs) in your market, chances are it might be a little early to get into the business, unless you’re on a community thoroughfare and a lot of people pass by on the way through,” said Eichberger.

According to the Fuels Institute, perception and reality differ when it comes to EVs. Its research shows that plug-in electric vehicles (PEVs) may only represent 27% of light-duty vehicles (LDVs) on the road for a hypothetical 60% sales reach in 2040.

In California, battery electric vehicles (BEVs) are projected to hit 36% of the registered LDVs in 2035, despite the state’s mandate that all new cars must be electric by 2035.

“It’s important for all of us in this industry to keep a close eye on the trends related to electric vehicles,” said GetGo’s Hirschboeck. “Our business needs to adapt to changing consumer habits, and as more electric vehicles hit the marketplace, we need to pivot accordingly.”

This isn’t an immediate concern, Hirschboeck noted. While EVs may be the fastest-growing segment of the car market, they still account for only a small number of new cars purchased.

“Nationwide, EVs account for less than 1% of the cars currently on the road,” he said.

Still, he pointed out, the EV market share is increasing with each passing year, and it won’t be long before they represent a major segment of consumers in the marketplace.

Pittsburgh-based GetGo Café + Market has 274 locations throughout Pennsylvania, Ohio, West Virginia, Maryland and Indiana. The chain has rolled out Tesla chargers and is also in the process of adding proprietary “GetGo Charging” units at its stores, with the first one opening now in Columbus, Ohio.

Another option consumers may consider is the hybrid electric vehicle (HEV) which, according to Eichberger, is 30% cleaner than an internal combustion engine on a national average. This is less than BEVs, which are 41% cleaner.

“I think (HEVs) are a huge opportunity, and (if) you pair it up with a low-carbon fuel, you are going to achieve almost equivalent emissions to a BEV in a lot of the markets in the country,” said Eichberger.

He noted EVs would have a higher impact on the environment in a market where all electricity is renewable, but that’s not most of the U.S.

“I think hybrids offer a huge opportunity to make tremendous progress in the emission reduction. They also don’t require any infrastructure investment. The auto makers can produce them for marginal cost relative to an internal combustion engine only, and I think they’re a huge advantage,” Eichberger said. 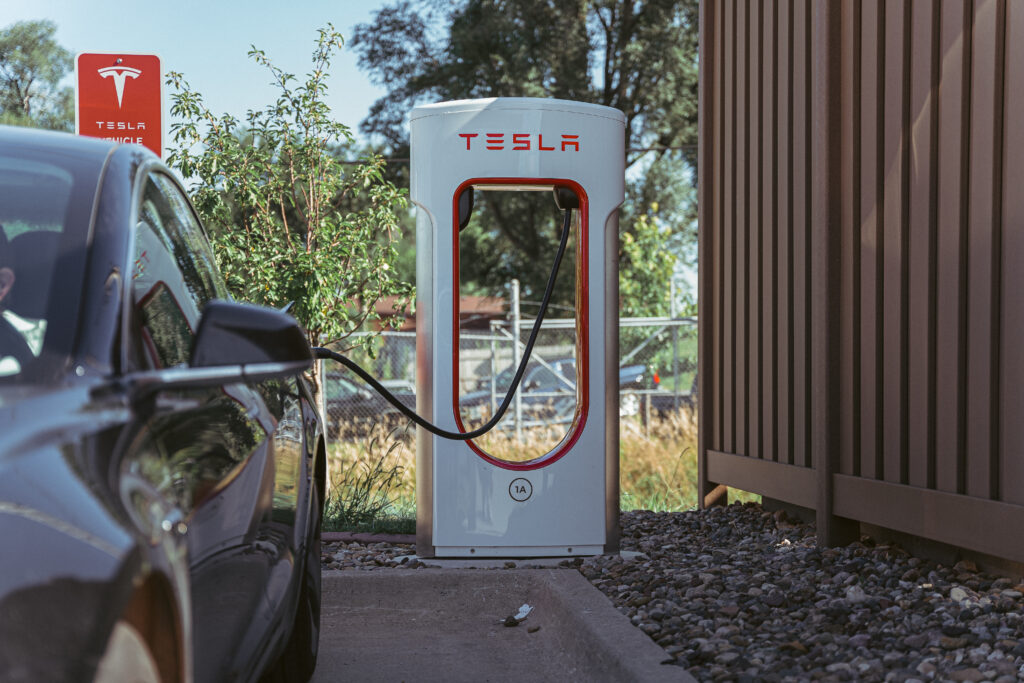 The utilization of biofuels is another path to follow to increase decarbonization efforts. Based on Environmental Protection Agency (EPA) data provided to the Fuels Institute, transportation accounted for 27% of U.S. greenhouse gas emissions in 2020. Eighty-two percent of that comes from the on-road vehicle market.

Biofuels present an immediate as well as long-term opportunity to reduce carbon emissions.

Despite compatibility restrictions, the use of biodiesel, renewable diesel and renewable natural gas work with an infrastructure already in place, as opposed to electric vehicles.

Hirschboeck agreed with Eichberger that decarbonization does not have only one solution and maintains that biofuels are an important part of the answer.

“I’m encouraged by the sustainable approach to producing fuel. If EVs are the future, there is a transition period measured in decades where internal combustion engines will dominate the roadways, and biofuels can and should be utilized for real carbon reduction,” said Hirschboeck. “The technologies and feedstocks continue to evolve, and as an industry and a country we cannot cast biofuels aside because of the hype of EV. Decarbonization needs to be a 360-degree approach for today and tomorrow and biofuels must play a role in that.”

GetGo, which currently has 12-16 fueling positions at the majority of its locations, focuses on Regular, Midgrade and Premium gasoline at all locations, with most offering diesel. A few of its locations offer other products such as recreational fuel and E85.

Casey’s remains a supporter of the U.S. Department of Agriculture’s biofuel goals.

“Being involved at some level on both liquid fuel changes and electricity will be important as our guest preference changes over time,” said Doddridge.

Kum & Go has had a positive experience with biofuels so far, especially in 2022 as these fuels tend to provide a lower-priced option, increasing customer appeal when the fuel prices are high.

“Kum & Go has a long history of offering higher blends of ethanol and biodiesel. We see the positive economic impact that biofuels have on the communities that we serve in the Midwest and also view the environmental profile of these fuels as being highly consistent with our company values,” said Kleemeier.

Eichberger applauds the implementation of biofuels. “If you want to reduce the carbon intensity of gasoline and diesel, your No. 1 option right now is a biofuel.”

Eichberger is a proponent of taking all possible avenues for decarbonization, no matter how small.

“I think at the base point, there’s an opportunity here to take advantage of more biofuels. I think there are still only 4,000 stations or so that sell E15. Now, E15 or E10, is it a huge jump in environmental protection? Not really, but it is an improvement. Now (if) you combine that with a hybrid vehicle, now you’re talking some significant improvements, and you start compounding these different solutions on top of one another,” he said. “We need to be looking at it that way: how we combine different options to achieve a compounded benefit in the environment and the economic interest of the consumer.”

In addition to EVs and biofuels, Eichberger recognizes the opportunity for hydrogen-powered vehicles to resonate in the market, although he noted expansion is more likely with medium- and heavy-duty vehicles.

“Hydrogen provides a power to weight ratio that batteries cannot deliver, provides a quick refuel for commercial purposes that batteries can’t deliver at this point,” said Eichberger. “I think there’s a huge opportunity, and I think we’re going to see that happen and develop more quickly in the next two to five years.”

Hirschboeck expects that the U.S. population in general, however, is several years away from seeing a practical reason to own a hydrogen-powered vehicle.

“There’s simply no infrastructure available to support them,” he said. “What’s more, the technology involved is still really limiting. They’re not very efficient, and the production of hydrogen can still lead to high carbon emissions.”

Eichberger agreed that the largest challenge with hydrogen-powered vehicles is building the infrastructure.

Still, he maintains heavier vehicles so far are primarily the types of vehicles showing emission reductions.

“Hydrogen is a great option for (heavier vehicles). I think we’re going to see a renewed interest, and I think we see faster growth in that sector than we’ve seen in the past,” Eichberger said.

Kleemeier said hydrogen may have a role in the future energy mix, but so far there has been no demand in Kum & Go’s footprint.

Whether retailers are ready to consider adding EV chargers or biofuels, the fact remains that today’s vehicles are continuing to become more fuel efficient at a time when customers are fueling up less often, and government mandates to meet environmental goals are increasing. Savvy retailers are making plans now to prepare for the future of fuel.

“For the most part, I’m expecting we’re going to start seeing 1% to 1.5% reduction in gasoline demand annually for the foreseeable future, just because vehicles are getting more efficient,” said Eichberger.

C-store retailers should pay attention to local market conditions when looking at fuel demand, he advised.

“You’ve got to think about how the market’s changing and start evolving your long-term plans to accommodate that change in the market,” he said. 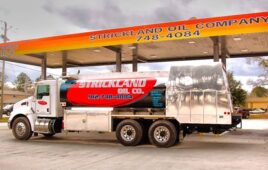