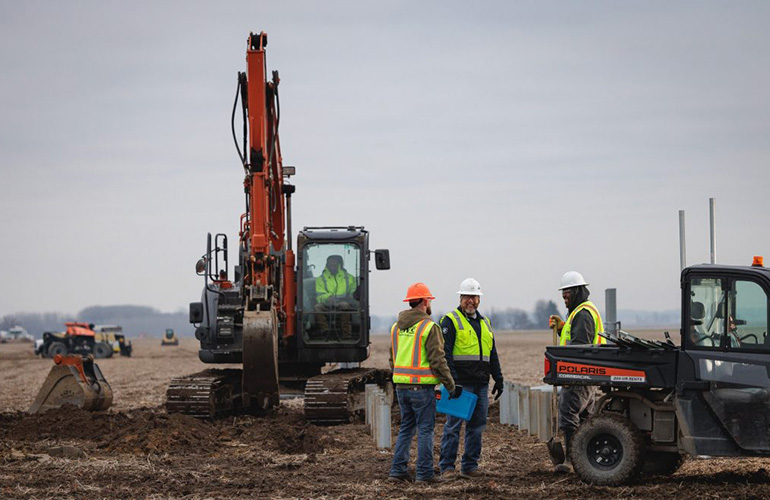 bp announced that its Arche Solar project in Fulton County, Ohio, is beginning construction. The project helps support the global transition to lower carbon energy. Arche is expected to create around 200 U.S. jobs across the supply chain during construction and provide more than $30 million in revenue to benefit local schools and other public services over the life of the project.

bp has secured a power-purchase agreement (PPA) with Meta for the project, bringing together two major corporations to address greenhouse gas emissions and support renewable energy growth in the U.S. Once completed, Arche will generate enough clean energy annually to power the equivalent of more than 20,000 U.S. homes.

“This agreement shows how companies can create jobs, invest in the U.S. economy, and at the same time support net zero ambitions and help the world reduce carbon emissions,” said bp America Chairman and President Dave Lawler. “It’s another example of bp partnering to accelerate change and becoming an integrated energy company — one that can help corporations, countries and cities decarbonize.”

“We appreciate bp’s partnership in helping keep our commitment to supporting our global operations with 100% renewable energy. In addition to adding new energy to the grid, we are proud that this project will bring additional jobs and investment to Ohio,” said Urvi Parekh, head of renewable energy at Meta.

McCarthy Building Cos.’ renewable energy & storage team was selected as the main contractor for the project, which will include the installation of ultra-low carbon solar panels and smart solar trackers from U.S.-based manufacturers First Solar and Nextracker, respectively.

The project is part of bp’s plans to develop 20 gigawatts of net renewable generating capacity by 2025 and 50 gigawatts by 2030.

bp’s ambition is to become a net zero company by 2050 or sooner and to help the world get to net zero. bp is a top energy investor in America since 2005, investing more than $130 billion in the economy and supporting about 230,000 jobs.