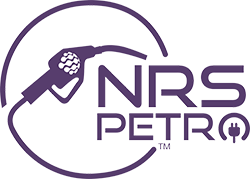 Pilot’s $1 billion New Horizons initiative modernizes its travel centers and upgrades the store experience for customers and employees as it anticipates the future of travel.

As it welcomes 2023, Pilot Co. is in full swing with its $1 billion New Horizons initiative, modernizing its fleet of U.S. travel centers and enhancing the guest and team member experience at its sites.

The Knoxville, Tenn.-based company announced the New Horizons initiative in March. The goal behind New Horizons is to create a more consistent experience for team members and guests no matter what they need while on the road as Pilot prepares its stores for the future of travel.

“It’s by far our largest investment to date,” said Allison Cornish, vice president of store modernization for Pilot, which operates more than 800 locations, 750 of which are part of its Pilot Flying J Travel Center network, in 44 states and five Canadian provinces. “We took the time to listen and learn from our team members and guests to understand what their needs are. We recognize that the needs of our team members and our guests are changing.”

Now, Pilot is putting those learnings into action as it remodels and modernizes over 400 locations across its more than 670 company-owned and -operated stores by March of 2025. By the end of 2022, Pilot had already completed the first 55 major gut remodels and an additional 60 lighter refreshes to locations.