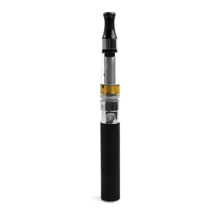 As big tobacco embraces the market, consumers are seeking a broader array of vaping products.

Savvy convenience store operators are taking stock in consumers’ growing hunger for tobacco alternatives, which is widening to include more than just electronic cigarettes.

While best sellers like Lorillard Tobacco’s blu, Logic, NJOY, R.J. Reynolds’ Vuse and MarkTen by Altria, the parent company of Phillip Morris, all continue to sell well, there are indications that more consumers are transitioning to other vapor devices.

If the trend continues, c-stores may need to realign inventories and shelf sets to reflect shifting consumer demands.

For the 52-week period ended Nov. 2, 2014, c-store sales of “electronic smoking devices” totaled nearly $644 million, an increase of 31.2%, according to IRI, the Chicago-based market research firm. C-stores remain the top retail channel for e-cigarette sales, even as that growth has begun to lose momentum.

In terms of vapors/tanks/mods (VTM), the road to profitability seems wide open.

In fact, sales of vaporizers and e-liquids exceeded electronic cigarette sales for the first time this past year by $500 million, according to Wells Fargo’s data. The securities firm has noted that while pricing trends have been negative for 11 consecutive periods, at least part of the reason can be explained by the difficulties in capturing and measuring the various SKUs in the quickly evolving vapor category, and the proliferation of e-cig/VTM refills, which tend to have lower retail prices.

Part of the reason might be that despite the front-end cost typically associate with such devices, owners of vaporizers can just recharge batteries, replace heating elements and refill e-liquids when needed.

Looking Ahead
Disposable e-cigarettes are offered by most of the major electronic cigarette companies. They provide a simple and convenient way to enjoy vaping, but are only designed to last a single charge cycle.
Anne Flint, senior tobacco category manager for Cumberland Farms, the Framingham, Mass.-based chain, which operates c-stores across 11 states, said as e-cigs grow, so will product innovation, not just with disposable e-cigs, but vaping products. In fact, c-store chains of all sizes are expanding their offerings to include some vaping brands.

Most public places have no rules on whether vaping is allowed. There have been no long-term studies done on the health effects of long-term use. Still, there are an increasing number of retailers like the Ecig Emporium in Elyria, Ohio, which specialize in selling and demonstrating vaping products.

The Elyria location has a “juice bar” where customers can test out different flavors, ranging from chocolate to banana nut bread to piña colada. Beginners learn that the amount of nicotine consumed depends on the mixture of the particular liquid-nicotine cartridge installed in the device. Some are low, and others are more potent.

The average startup kit is about $30, which is more affordable for the consumers since a bottle of liquid, or e-juice, can typically last a user up to a month.

Mark Eggers, owner of the Ecig Emporium, said most customers are smokers who are trying to quit. He said many often cite health concerns as the main motivator. Eggers—one of a growing number of e-cig retailers—doesn’t promote any of his product lines as smoking cessation remedies at either of his two locations in northeast Ohio. But, he does echo Flint’s concern over the growing volleys of tax legislation directed at e-cig retailers. If Ohio passes such legislation, it will stifle his plan to add a third store to his portfolio, until he sees how the market shakes out.

“The biggest peril is the local powers that be, the governor on down. When you factor in what the state is going to do, I would not see an e-cig store as a good, viable and long-term investment right now,” Eggers said. “As a matter of fact, I’m not expanding.”

Dan Gallagher, vice president of operations for The Cigarette Store, which operates 90 retail locations in Colorado, Wyoming, Utah, Nebraska and Montana, called on suppliers to help in educating retailers and—by extension—consumers of the advantages that e-cigarettes might hold for category sales.

“No. 1, you’ve got to really rationalize your SKUs and what you’re carrying,” Gallagher said. “The reality is that the margin shift is happening if you’re going to carry those major brands. Ask yourself, ‘What are my inventory dollars versus my turns?’ Figure out what other brands you may be able to get some strong sales from, mixed in with major brands, to bolster your overall margins. That’s what we’re doing.”

Creating Excitement
Of course, The FDA has not approved e-cigarettes as smoking cessation devices, but that doesn’t stop consumers from using them as such. According to the Chicago-based market research firm Mintel Group Ltd., respondents to a recent survey said no single method of smoking cessation is considerably more effective than another.

“Patches, e-cigarettes, gum and prescription smoking cessation products rise to the top of respondents’ lists, with roughly a third of respondents who have quit smoking or are interested in quitting agreeing that they are effective,” the report stated.

In all, 55% of those surveyed and who have tried to quit smoking in the past thought that e-cigarettes were effective compared with 52% for patches and 47% for gum. “Those aged 25-34,” Mintel noted, “showed a dramatically higher likelihood than the average respondent to agree that e-cigarettes, gum, prescriptions and lozenges are effective, likely because this group has had experience with these products.”

Amer Hawatmeh, president of St. George Oil in St. Louis, operator of 10 Coast to Coast convenience stores, said that continued growth of e-cigarettes continues to be influenced by many factors, and it’s too early to predict the future. “I’ve seen sales already start to level off, but more products are coming from the Big Three—Phillip Morris, R.J. Reynolds and Lorillard, so that could begin to generate some more excitement in the category.”

Hawatmeh said he believes that those consumers who have settled in the category may well remain loyal customers. “Do I believe that will help them stop smoking? Probably not. My business sense tells me that that’s not going to happen. The big thing here is to control your inventory so that hopefully, you don’t get stuck with too much of that product, and as always, be creative.”

Big discounts, with multiple discounts for multiple purchases, will continue to move product.

Looking ahead at 2015, Gallagher predicted moderate growth in vapor products overall and steady sales in the e-cig category. The task, then, for convenience store operators? “Continue to be careful with inventory levels and SKU rationalization.”

He added, “I really look at it like two different categories. When it comes to traditional e-cigs, the original products that are the closed systems that look more like cigarettes, people are dissatisfied with what they’re getting from those products. They are going to the open systems with the liquids.”

Wells Fargo Securities recently spoke on the “Views From Wall Street” panel at the ECig Vegas Industry Conference. “We remain excited about the vast potential of the vapor category, which we believe is a $2.5-billion retail market in the U.S. (including e-cigarettes) though estimates are as high as $4 billion,” said analyst Bonnie Herzog. “We believe consumption of vapor and other non-combustible products (such as heat-not-burn) could surpass combustible cigarettes in the next decade and we remain convinced that technological innovation is crucial. However, it is still too early to call which device or nicotine delivery format will reign supreme.”