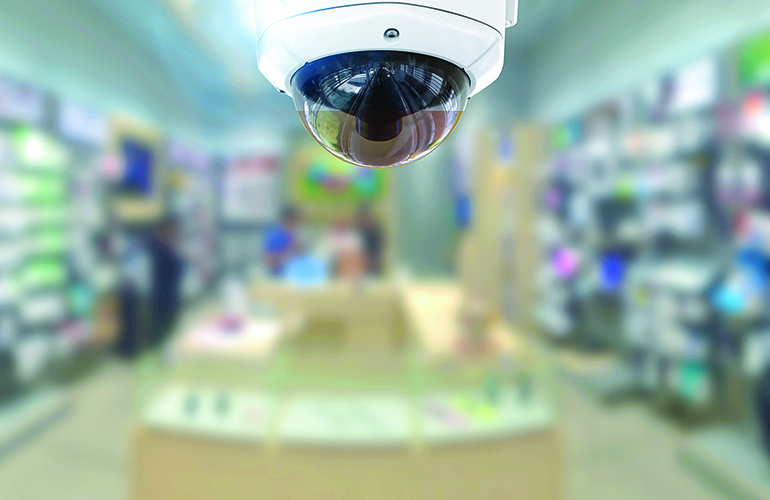 In certain parts of Ontario, Canada, when a cigarette pack goes missing from a convenience store, the police know almost immediately. For the past couple years, Circle K in Canada has been using tobacco tracker technology in cigarette packs, helping law enforcement capture more than 50 thieves.

“It continues to work phenomenally for us,” said Sean Sportun, manager of security and loss prevention for Circle K’s Central Canada Division. “It’s understanding the industry and criminals and criminal trends out there. We can’t have people engaging with the bad guys, and we can’t lock up the product because that would be bad marketing, so we were thinking outside the box and saying, ‘What if we put a GPS tracker in it?’ It’s about being a little creative and using technology in a way that can benefit you.”

For c-stores, that means updating old ways of preventing loss from both internal and external sources, while integrating technology.

“It shouldn’t be that difficult to control inventory,” said Chris McGoey, founder of McGoey Security Consulting. “You have to account for what’s in the store, what comes in from vendors and what goes out from the point of sale. So why doesn’t that happen? It always comes down to employee theft and shoplifting.”

Getting Personal
Inventory management is more than reviewing numbers and adjusting accordingly. Prevention is key. Sportun has worked with law enforcement to stop even the idea of robberies.

“When the police meet with kids of members of the public, it’s usually in a law enforcement capacity; someone’s done something wrong,” he said. “But there are so many times where police officers engage community for a good reason.”

Sportun started a “positive ticketing” program to help teens interact with local police and, in doing so, earn a coupon for a free hot or cold beverage, depending on the season. The coupons have the crime stoppers number on the back and give the hope that if a teen sees a crime, they will report it.

That bundled program helped build a sense of community that, in conjunction with GPS tracking, led to a 53% decrease in armed robbery and a 40% reduction in youth crime in stores where that had been a problem since positive ticketing began in 2007.

In addition to community interaction, staff training is a big part of deterring theft.

“Guest service — greeting, making eye contact, being attentive and asking if you can help them find something usually discourages theft,” said Adam Sturdivant, vice president of operations at The Kent Cos., which operates 40 Kent Kwik locations in New Mexico, Oklahoma and Texas.

McGoey agreed, saying you can practically recognize a shoplifter when they enter the store. “You know how your customers act,” he said. “They make a beeline to what they want. Shoplifters don’t act like that. They loiter in the aisle or go back to a corner. Good customer service is the best remedy. Look them in the eye, ask if you can help them, try to get out from the register and walk up to them.”

Being mindful of where items are supposed to be and how much of them are in stock helps, too.

“Have all items fully faced so the shelf looks full is important,” McGoey said. “If a shoplifter takes one item off the shelf, you’re going to see it immediately, and if you’re the only cashier on duty, you’re going to know if you sold it.”

Watching with Technology
Video and people stationed near coolers watching the floor can help. But because of the danger of getting involved, technology is just as important for keeping inventory from slipping out through shoplifters, employees, vendors or employees’ friends.

“The camera system is a major component to deterring theft,” Sturdivant said. “We have recently made a significant investment upgrading the cameras in all of our locations. Not only does the new system allow us to review incidents and investigate claims, it also allows us to be proactive in deterring theft.”

But only if it’s turned on.

“I see stores now having highest-end video surveillance that have the ability to see what’s going on on each shift,” McGoey said, “but managers and franchisees don’t have time to go back and watch a whole shift in real time. Eventually, no one is looking at the video system, and the employees find out very fast that you’re not watching it. If you have a dishonest employee, it doesn’t take them long to find no one says anything about not ringing up sales.”

Keeping the cameras on and letting employees know they’re on will help with inventory management.

“CCTV and the current platform we have with remote access that can dial into any store at any time has an impact on employees’ psyche,” Sportun said, “because they don’t know when we’re watching, when they’re going to get a call. It keeps them on their toes and makes them think twice about wanting to steal or know that they need to be a little more creative. But then we can see and ask why people are doing things that are out of the norm.”

And it’s not just video.

Even money management has merged technology with inventory management.

“Another component to deterring theft is the use of smart safes,” Sturdivant said. “Instant drop of any bill $20 and up is a visual cue to guests and removes the ability of team members to have access to cash.”

Enacting a combined technical and personal inventory management plan is about looking at others and listening to successes. And it can be scary at first.

“When we first started expanding the use of technology, we actually saw an increase in loss and theft investigations from both internal and external sources,” Sturdivant said. “But this allowed us to transition from simply having inventory shortages when audits were performed to understanding why.

And that helps the benefits outweigh any risks.

“As we progressed and were able to pinpoint loss, we started seeing a decline in both cash and inventory loss,” Sturdivant said. “Both internal and external sources began to see that the improved systems we had meant getting caught.”