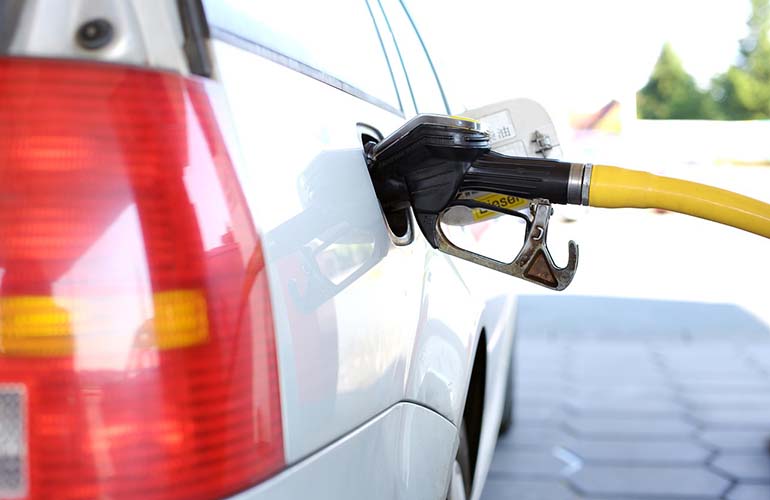 According to AAA, the national fuel price average is two cents more expensive than on the same day last month, but three cents cheaper than last week and 12 cents less expensive than a year ago.

“Gas prices this month are on average a dime less expensive than in July 2018. These less expensive gas prices have encouraged summer road trips as evidenced by robust demand numbers since May,” said Jeanette Casselano, AAA spokesperson. “Right now, pump prices are poised to push even cheaper going into August.”

On the week, every state but Michigan saw gas prices trend less expensive. The majority of the top 10 states with the largest weekly declines saw gas prices move a nickel cheaper since last Monday. 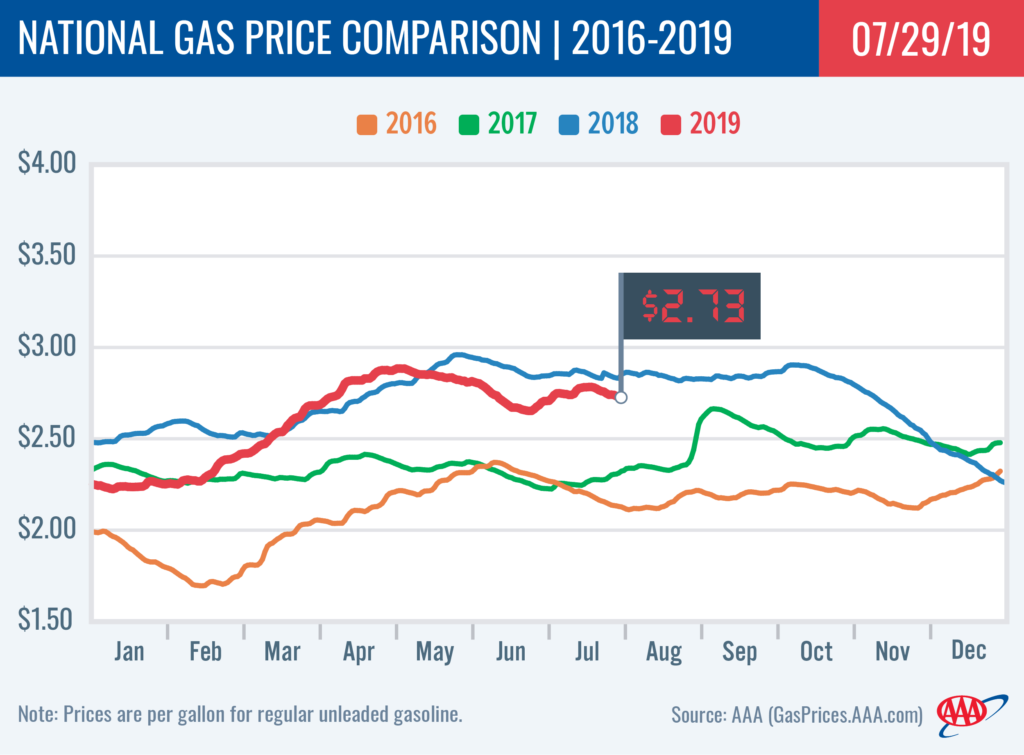 Gas prices are pushing cheaper across the South and Southeast. On the week, state averages are three to nine cents less: Florida (-9 cents) is seeing the largest decline followed by South Carolina (-5 cents) and Louisiana (-4 cents). These three states land on the top 10 list for the largest weekly decreases in the country.

If utilization and stock levels continue to decline, the region could be poised to see some fluctuation in prices at the pump next month, especially as summer travel begins to slow and the school year begins.

With a four-cent increase, Michigan ($2.84) is the only state in the country to see gas prices increase on the week. In fact, four Great Lakes and Central states land on the top 10 list for largest weekly decreases in the country: Kentucky (-8 cents), Missouri (-5 cents), Iowa (-5 cents) and Kansas (-5 cents). In the region, gas prices range from $3.00 to $2.48.

Gas prices are declining as the region sees gasoline inventories remain robust at 50 million bbl and regional refinery utilization jumps to 99% — one of the highest rates in the country, per EIA data. While the region often sees volatility from week-to-week, should stock levels and utilization remain high, motorists can expect cheaper or stable gas prices in August. 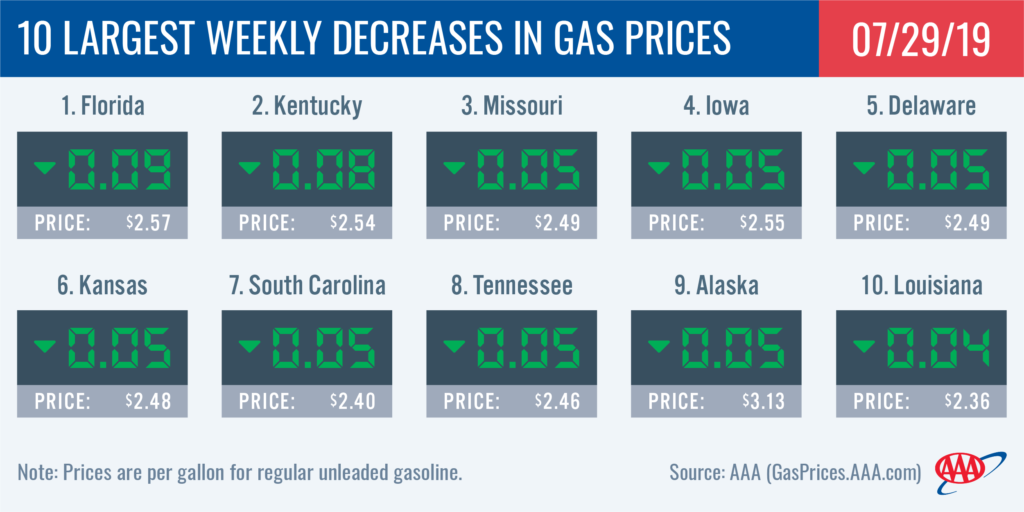 Across the Mid-Atlantic and Northeast states, gas prices are cheaper or stable on the week. With a nickel decrease, both Delaware ($2.49) and Tennessee ($2.46) saw the largest pump price declines.

This week, Delaware holds the title for the state with not only the largest weekly decrease in the region but the largest year-over-year decline (-26 cents) and monthly change (-8 cents) too.

Gasoline stocks saw a build of just under a half a million bbl as regional refinery utilization jumped from 69% to 77%. The increasing utilization numbers are positive considering the recent fire and pending subsequent closure of the Philadelphia Energy Solutions (PES) refinery in Philadelphia, which was the largest refinery on the East Coast. If utilization continues this positive trend, gas prices would likely follow suit pushing cheaper.

However, August can tend to see higher volumes in terms of miles traveled in the region, which could cause some moderate spikes throughout the Mid-Atlantic and Northeast states next month.

Idaho ($2.90), Utah ($2.85) and Montana ($2.79) rank among the top 15 most expensive state gas price averages in the country, despite consistent weekly declines this summer. On the week, prices pushed cheaper for all states by one to three cents. Colorado ($2.64) and Wyoming ($2.72) saw the largest drop at the pump.

While the majority of motorists in the country are not seeing cheaper gas prices month-over-month, that is not the case in the Rockies. Motorists are seeing mostly significantly less expensive prices compared to end of June: Utah (-14 cents), (Idaho (-11 cents), Colorado (-8 cents) and Wyoming (-7 cents). Motorists in Montana are only seeing a penny difference.

Regional refinery utilization blew past the 100% mark to hit 103%, according to the latest EIA report. With the latest build, gasoline stocks sit at 7.5 million bbl. This combination will continue to push prices cheaper for the region.

Motorists in the West Coast region are paying the highest pump prices in the nation, with most states in the region landing on the top 10 most expensive list today. California ($3.69) and Hawaii ($3.64) are the most expensive markets in the country. Washington ($3.29), Nevada ($3.25), Alaska ($3.13) and Oregon ($3.15) follow. Arizona ($2.78) is the only state in the region to fall off the list. Most state averages in the region have decreased on the week, with Alaska (-5 cents) seeing the largest decline.

The EIA’s recent report for the week ending on July 19 showed that West Coast gasoline stocks sit at 32 million bbl, remaining unchanged from the previous week. The current level is almost 1.5 million bbl higher than last year at this time, which could help prices stabilize if there is any disruption in supply or gas demand increases in the region this week.

At the close of Friday’s formal trading session on the NYMEX, WTI increased by 18 cents to settle at $56.20.

In response, the British Royal Navy announced that it would escort U.K.-flagged vessels in the region to protect against future attacks. If tensions continue to mount this week, crude prices will likely continue their ascent.

Motorists can find current gas prices along their route with the free AAA Mobile app for iPhone, iPad and Android. The app can also be used to map a route, find discounts, book a hotel and access AAA roadside assistance.