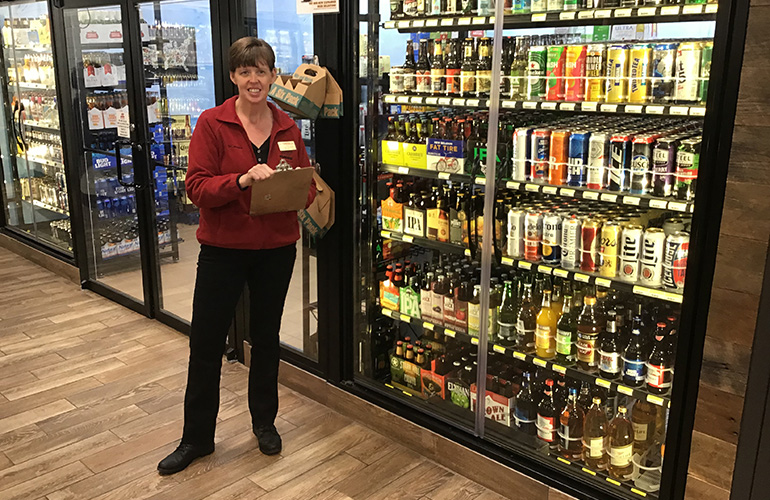 By the end of 2019, Minnesota will stand alone as the only U.S. state still featuring a 3.2 beer law, a holdover from Depression-era prohibition that restricts grocery and convenience stores to selling beer with 3.2% alcohol by weight, which is about 4% alcohol by volume (ABV).

A sign that times are changing, Oklahoma, Colorado, Kansas and Utah all recently eliminated 3.2 beer laws. Meanwhile, more c-store retailers are stocking craft and local brews to appeal to customers.

As of Jan. 1, Colorado shed its 3.2 beer law, allowing c-store and grocery shoppers to purchase full-strength beer. Kansas began allowing beer with up to 6% ABV, starting April 1. In Utah, a bill signed earlier this year takes effect Nov. 1 and allows convenience and grocery stores to sell drinks with 4% alcohol by weight. Even with the update, Utah still holds one of the strictest laws nationwide.

Oklahoma shifted away from 3.2 beer in October 2018, allowing c-stores — along with grocery and drug stores — to sell beer with as much as 8.99% alcohol content, thanks to a statewide referendum passed in 2016.

“Since Oklahoma has joined the 21st century and we can now sell strong beer, sales have been fantastic,” said Mike Thornbrugh, manager of public and government affairs for QuikTrip, the Tulsa-based convenience chain with more than 800 stores in 11 states. “It’s given us an opportunity to look at a lot more varieties than we’ve had in the past. For QuikTrip and our customers, it’s really exciting.”

Oklahoma was dry when it joined the Union in 1907, a situation that didn’t change until 1959. Oklahoma forefathers would be shocked to see today’s stores, such as QuikTrip, with beer caves (QT is testing two) and unique craft brews aimed at attracting customers.

The chain spent the first quarter of 2019 educating Oklahoma customers about the rule change and introducing them to new beer options that never existed at the c-stores before.

“We try to focus on local beers the best we can for several reasons. They’re popular, they taste good and consumers want them,” said Thornbrugh. “It’s an exciting time to be a retailer selling beer.”

Nielsen data for the four weeks ending July 13 (including the July 4 holiday) showed the beer, flavored malt beverage and cider category saw dollar sales up 2.8% compared to 4.4% for other channels, as reported by Wells Fargo Securities. For the 12-week period ending July 13, dollar sales for the category were up 0.7% at c-stores.

“We seem to grow our beer year-over-last every year and don’t see the slip that maybe the industry sees,” said Michael Cordonnier, category and marketing manager for Fastbreak, a 23-store chain based in Klamath Falls, Ore.

About 80% of Fastbreak’s beer sales are over Friday, Saturday and Sunday and usually include the same
15 brands.

In 2018, the “horrible smoke situation” from the Oregon forest fires put a damper on sales at the stores. “We literally had bad smoke for 45 days, which cut down on tourism substantially during our busiest months,” Cordonnier said. Luckily, the chain had assigned cooler captains that summer to ensure stores were well stocked with the brews customers preferred. The result was increased sales despite an unanticipated drop in visitors to the area.

“We still eked out an increase, but not like it would have been if we’d had the campers and tourists pouring into our market instead of avoiding it,” he said. Nonetheless, the result demonstrates how best practices in merchandising — such as staying in-stock on best-selling brews — can make or break a c-store’s bottom line.

Last year, the chain introduced a bigger presence of craft beer in one of its c-stores. “We carry beer in three of our locations, but we did a much greater craft beer presence in this one. We’ve tried to showcase local Richmond craft brews, such as Hardywood, Legend and Bold Rock, and we try to keep up with the new craft beers coming out.”

While most of the craft customers are millennials, people of all ages are showing interest in new and different brews. Now that consumers can go into a bar or restaurant and enjoy a flight of beers, older beer shoppers are just as likely to experiment with new offerings, she said. “Everything is turning around with all of the new breweries opening in Virginia.”

Decker and her husband, Bill, manager of the Davis Travel Center, visit beer producers in the Richmond area to learn what offerings are slated for local markets and try to acquire the new releases for their stores.

“We’re doing well with our new planogram of craft beers in our beer cave and doors,” she said. Thanks to the unique labels on craft beer, “you can have fun with it and make your cooler pop with color. The cooler goes from being dull to eye-catching.”