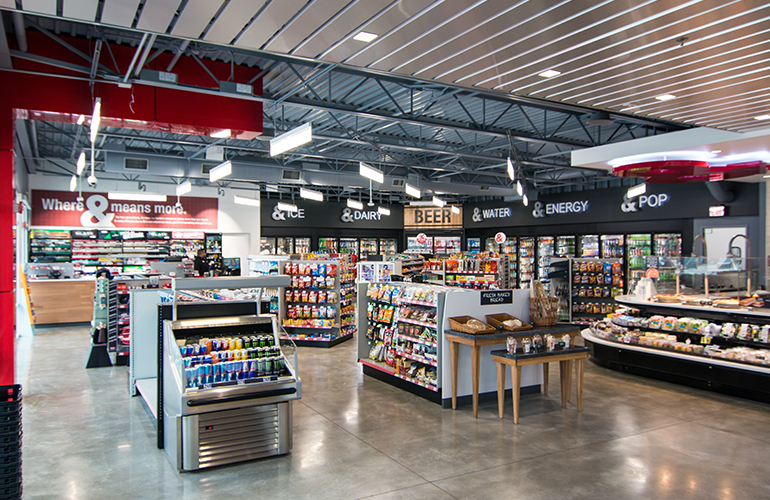 There’s little doubt that LED lighting is paving the road to an energy efficient future. In barely more than a decade, LED lighting will be nearly ubiquitous, garnering around 84% share of the general illumination market by 2030, according to Global Market Insights’ “LED Market Size – Industry Share Report, 2019-2025.”

“We started installing LED lighting in 2008,” said Niki DePhillips, senior vice president of store development for Des Moines, Iowa-based Kum & Go and its 400 stores in 11 states. “We have built over 100 stores with LED lighting and retrofitted many as well.”

And Kum & Go is not alone. Numerous c-stores, as well as other industries, are catching on to the benefits of LED upgrades. Global Market Insights forecasted that the LED market will grow at a more than 28% compound annual growth rate (CAGR) through 2023, on its way to $45 billion that year — nearly triple what it was in 2014.

Dan Soltis is vice president of real estate with CIMA Developers, the property arm of The PRIDE Stores, which operates 16 locations in the Chicagoland area.

“All of them have been retrofitted with canopy fixtures, lot lighting fixtures,” said Soltis. “We’re still making our way through the interior. We haven’t quite gotten to all of them yet. But that’s on the agenda and somewhere on the priority list.”

Soltis said while it doesn’t matter where in the store an operator begins, the outdoor area is where the most usage exists, so it’s where you’ll see the most savings.

In addition to the outdoor energy savings, LEDs make sense inside the c-store, too. First off, the smaller lighting units fit more easily into tighter shelf spaces, better highlighting product. They also run cooler than traditional lighting. Global Marketing Insights reported LED bulbs generate up to 90% less heat than incandescent bulbs — which is a bonus inside the cold vault as well as for the general efficiency of temperature control inside the building.

“Reducing our energy consumption is a focus of ours,” said Kum & Go’s DePhillips. “We have an associate that is dedicated to managing our energy usage. One of his focus areas is to continue to upgrade lighting and equipment in older stores to become more energy efficient, as well.”

Kum & Go began upgrading its stores with LED lighting in 2008 and has built more than 100 stores with energy efficient lighting and other fixtures inside and outside. The company has 109 stores that are LEED certified.

Soltis estimated The PRIDE Stores have saved 20-25% through energy efficient upgrades. Energy efficiency is a no-brainer for new construction, too.

“For the new builds, for our exterior lights, we have photocells,” Soltis said. “The photocells are basically activated when it gets darker (at) dusk. … We do have motion detectors in the bathrooms. All of our building signs have photocells on them, as well.”

DePhillips said that Kum & Go has 165 stores that are built to the company’s internal green building standards, with 109 of those being LEED certified. “In our new builds, 100% of the store is lit with LED lighting,” she said. “We continue to look at other equipment or systems that are more energy efficient.”

Kum & Go’s new headquarters is proof of that. Its parent company, Krause Group, moved into its new offices in Des Moines’ Krause Gateway Center, which was designed for LEED certification.

Don’t be intimidated by the process of energy efficiency upgrades, Soltis advised. C-store operators can expect a lot of help throughout the process, logistically and financially.

“More and more, you have a lot of folks out there that are really specialized in this and can really take it from A to Z,” Soltis said. “If somebody is not too familiar with the programs or the applications, there are folks out there that really try to make it easy for you.”

Electric utilities offer financial help in the form of rebates and other incentives that vary from supplier to supplier, DePhillips said. But there may also be financial assistance from unexpected sources that’ll help defray the initial costs, even fuel suppliers.