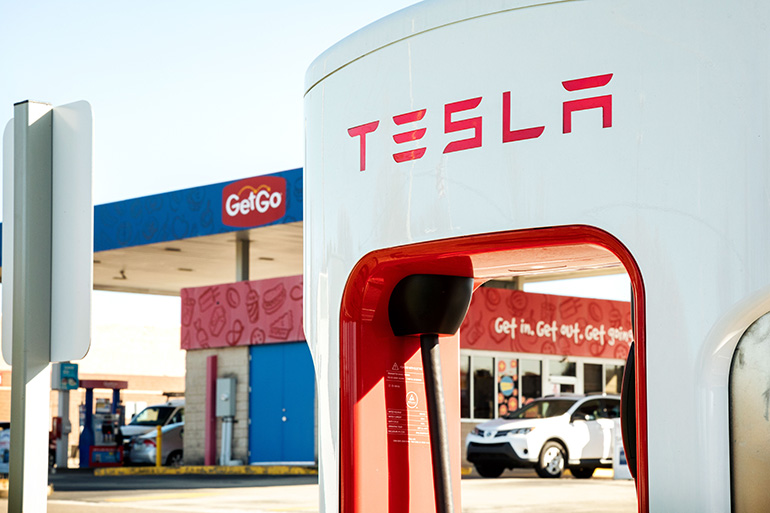 In response to COVID-19, 2020 saw the convenience industry make quick adjustments to how it keeps and attracts customers. With electric-vehicle charger (EVC) numbers on the rise, increased vehicle efficiency, demands for decreased emissions and new competition, that experience may turn out to be a primer for the changes to come.

John Eichberger, president of the Alexandria, Va.-based Fuels Institute, praised the industry for realizing it had to become nimbler to cope with the pandemic.

Those changes on the part of both retailers and consumers, added Eichberger, will continue.

“I think that’s going to stick,” he said. “I think that quick, rapid change in that mindset will influence how the industry develops over the next couple years.”

The pandemic also forced down fuel demand, causing the price to fall dramatically early in the year. Initially, that drop increased margins on fuel sales for the convenience industry.

“With COVID, and with The Organization of Petroleum Exporting Countries (OPEC) playing the market at the beginning of the year, the price dropped (like) a rock,” said Erik Kotanchik, vice president of fuels for Fuel City, which operates seven stores in the Dallas-Fort Worth metroplex. “Well, that was a good time for margins because every day the price was dropping dramatically, but the street (price) took a lot longer to catch up. So margins were really healthy.”

But the market does catch up, said Kotanchik. Now the scenario is reversed. Prices have steadily been rising with approval of COVID-19 vaccines and federal stimulus money for consumers.

“But it’s very slow and steady,” he said, “so margins are getting squeezed.”

The pandemic, though, may have been a wake-up call for the convenience industry and the role fuel sales will play as commuting habits change, vehicles become more efficient and consumers expect products to come to them.

“Demand on a per-capita basis is going to go down,” Eichberger said. “So I think what (c-store operators) realized is, ‘We cannot be as dependent on the fuel business to generate our traffic as we have been.’”

Add to that the certainty that automakers will continue turning out more efficient vehicles. An October Fuels Institute report, “Impact of Transportation-Related Environmental Initiatives,” addressed the effectiveness and costs over the next 20 years to society, government, industry and consumers of 14 distinct transportation movements.

The report uses hard data to provide an accurate context for policymakers across the broad fuels and emissions spectrum. While the environment is a great concern, the Fuels Institute report revealed the need for balance as the industry moves forward.

Biofuels will certainly play a role in that mix. Despite the fact that EVCs seem to get the bulk of the clean energy publicity, Eichberger believes with the incoming administration in Washington and the trend of the global regulatory community to “decarbonize the transportation space,” liquid fuels will be a part of the fuel market for decades.

“I think biofuel is a great opportunity to lower the carbon intensity of the liquid fuel that we’re putting in our combustion engines,” said Eichberger. “It’s just a question of how they play the cards and what type of government programs they’re going to advocate for to help them transition to that.”

Fuel City’s Kotanchik said that the pandemic’s initial drop in demand accelerated some industry trends when it comes to biofuels.

“A lot of refineries have been shutting down around the world, or they’re converting to producing biofuels,” he said. “For those big, massive players’ refineries, they’re having to look ahead and project what demand is going to be there in the future.”

The pandemic’s distancing and lockdown protocols altered consumer habits and forced convenience stores to be more creative in serving customers. Those changes may prove to be a harbinger of enormous market shifts that electric vehicle adoption will likely bring. In the coming decade, fuel is expected to begin to lose its status as a significant customer draw for c-stores.

“If you think about it, 10 years ago, the (electric vehicle) market — it was a baby,” said Alison Alvarez, CEO and co-founder of utility intelligence consultant firm Blastpoint. “And now it’s starting to come into its own, but it’s nowhere near even puberty at this point. … There’s going to be really dramatic change over the next 10 years.”

C-stores, though, may want to proceed prudently. Even the largest chains are taking their time, wisely weighing their options.

GetGo, which operates 265 stores in Pennsylvania, Ohio, Indiana, West Virginia and Maryland, is pursuing a two-pronged strategy, according to Joel Hirschboeck, vice president of fuel for GetGo. The first is moving ahead with Tesla EVCs. GetGo already has a relationship with the EV maker.

“One, we’re going forward with Tesla. We’ve already got a couple of locations partnered with them, and I think we’re looking to expand that with another four. And that’s to give us one view into the segment,” he said. “Obviously, Tesla’s a pretty big player in the market space.”

The second piece of the puzzle is installing proprietary chargers for non-Tesla vehicles. Hirschboeck said that one option is to partner with a vendor to run the operation, but there’s a downside to that approach.

“It becomes their customer,” he said. “We want to get a little deeper, and that’s where the proprietary components come in.”

GetGo prefers to install its own hardware, which is better from a point-of-sale and loyalty perspective.

“We’ve got a very strong loyalty program today between GetGo and Giant Eagle,” Hirschboeck explained. “… As we’re thinking about this long-term, how do we bring our existing customer base and that loyalty component together with the EV side of things?”

A large retailer like GetGo is used to managing complex projects and coordinating costs and logistics. But for smaller retailers like Fuel City, electric charging doesn’t yet add up.

“As of right now, I think that the cost is prohibitive, and we’re not seeing the demand for it,” said Kotanchik. “As things change, I could certainly see us doing that sort of thing. But as of right now, we don’t have any of that, and as far as I know, no plans to do any.” 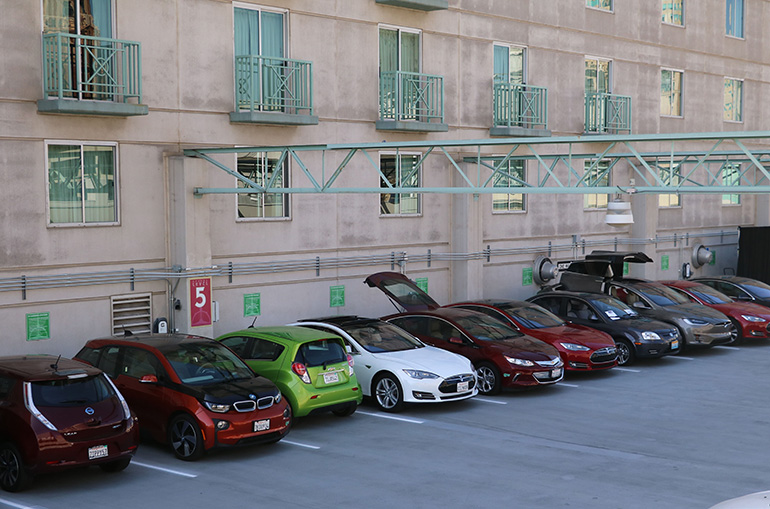 Even for a big player like GetGo, the plan is to start small and expand as the landscape dictates. GetGo’s footprint stretches from Maryland to Indiana, and the goal is to continue to add charging spots as it makes sense in those places.

“We really want to focus on connecting the dots between our entire footprint so that our customer base can travel,” said Hirschboeck.

While the upfront costs of installing EVC infrastructure may be high, it has advantages over retailing liquid fuels as the industry moves forward.

While that simplicity could prove beneficial for the convenience industry, it also opens the door to competition from other industries.

“We’re seeing lots of hotel brands pick up EV charging,” said Alvarez. “Sheraton is a big one that we’ve seen in Canada. And what’s really interesting is we’re seeing wineries pick them up, spas, resorts.”

Government policy will be a strong factor in reshaping the fuels market, too, especially with a pro-clean energy administration set to occupy the White House, Eichberger said. The incoming Biden administration is expected to pursue EVC infrastructure growth, and Eichberger feels that Congress may consider an extension of the EV tax credit.

Still, that evolution will likely take several years. Eichberger said that he’s seen data predicting that by the end of the 2020s, 75% of the electric vehicles built in the U.S. will be trucks or utility vehicles.

“And that changes everything,” he said. “Because now, 75% of EVs on the road are Teslas and sedans. Shift that five years, where half the vehicles on the road are utility vehicles. Now the customer has a real choice.” 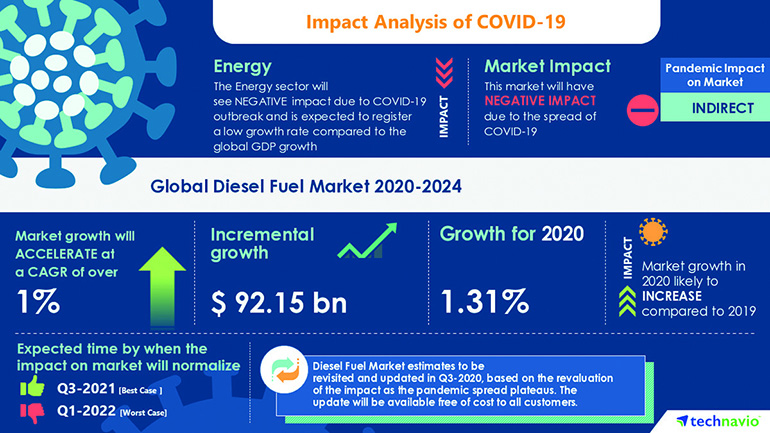