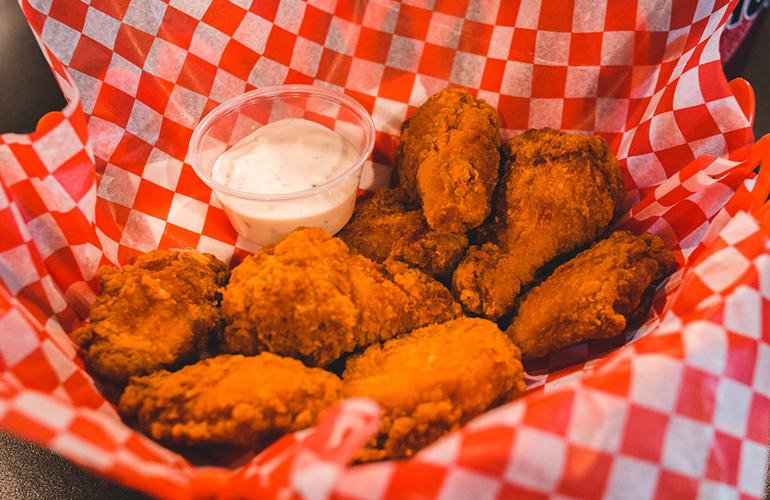 Although commuter business was significantly down last year, Americans are still on the road and must fill up their gas tanks, giving convenience stores ample opportunity to sell chicken for lunch and dinner, said Tom Super, senior vice president of communications for the National Chicken Council.

“Convenience has taken on new and added meaning over the more than 12 months since the pandemic hit the U.S.,” Super added. “Although consumer food buying and consumption patterns have been upended, there remains, nonetheless, a certain amount of stability with respect to what consumers want.”

And what they want is chicken available at a good value and delivered to them in the most convenient way possible. Super pointed out that drive-through sales are growing, but for retailers who cannot add windows to their stores, curbside pickup is a viable option.

FriendShip Stores offers online ordering and curbside pickup in four of its 27 c-stores in Ohio, according to Kirk Matthews, vice president of foodservice and marketing for FriendShip Stores. Plus, it promotes its store-made chicken with special loyalty deals such as nine tenders for $9.99 instead of the usual $17 after 5 p.m., a promotion that was introduced for November and December and, due to its popularity, has remained on the menu.

“You take a little less margin and get more volume,” Matthews explained. “We don’t want price to be a barrier.”

At FriendShip, dinner sales are “a little lower than we had hoped,” but customers are ordering larger take-home meals, he said. Breakfast is picking up again (the company offers a breakfast chicken sandwich and just launched a chicken biscuit), and lunch is strong.

The chain is renowned for its 2.5- to three-ounce tenders in regular and spicy versions, served with batter-fried JoJo potatoes, he said. FriendShip is also doing a chicken pizza and is planning to introduce chicken burritos.

“We’re all about chicken,” Matthews said.

Households that are stretching their food dollars can be attracted by fried chicken parts and products bundled with tasty side offerings that feature a good value price point, Super said. He also noted Costco sold 101 million rotisserie chickens during the last fiscal year and believes it may be viable for c-stores to either add their own rotisserie programs or partner with a “ghost kitchen” to deliver them hot and fresh from 4 p.m. to 8 p.m.

Matthews expects family meal size orders to continue to increase. “We want to compete with the grocery stores and become a destination for chicken,” he said. 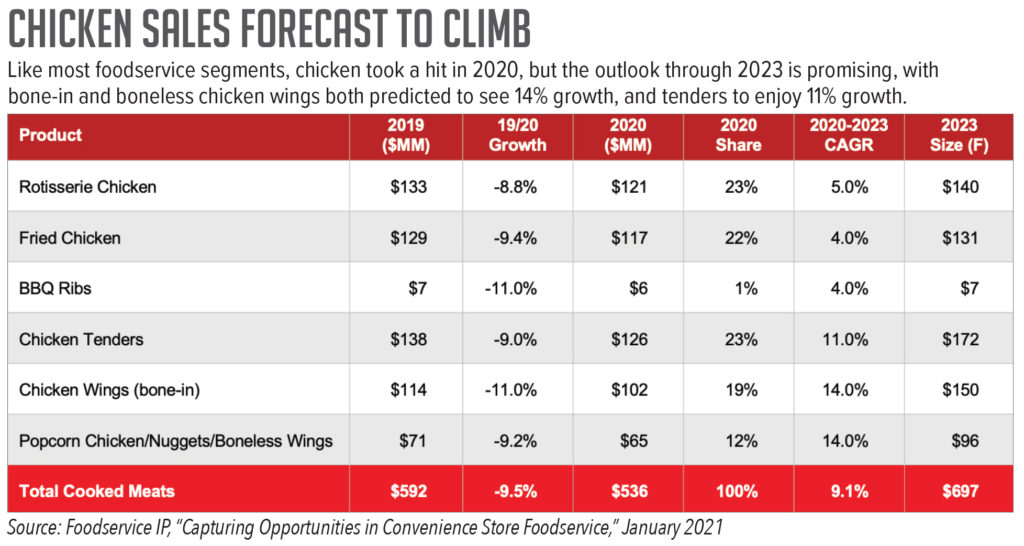