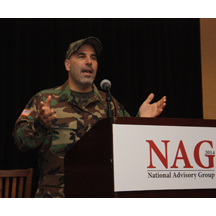 During the conference attendees had the chance to listen to burning info sessions about hot topics facing the convenience store industry and network with industry peers. Retailers participated in information exchanges where they were formed into small groups with non-competing chains to discuss relevant business issues.

NAG is an association of small to mid-size and family-owned chains and the executives that run them.

During the final session of the conference, dressed in army gear John Lofstock editor-in-chief of editorial operations and executive director of NAG and Randy Fulkerson, president and CEO of ABC Consulting Group, shared advice and encouraged NAG attendees to share their best ideas and concepts and explain what makes their brand unique in a session called Operations Boot Camp: Arming You with Ideas and Key Takeaways to Boost Store Profitability. 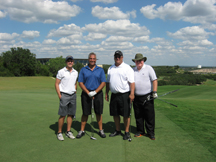 NAG attendees had the option of attending a golf outing at La Cantera Golf Course.

NAG members had the option of attending a golf outing following the conference. The golf event took place at La Cantera Golf Course. Afterward dinner was held at The Republic of Texas restaurant.