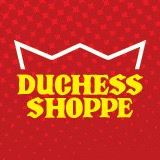 The station will service a growing number of Ohio businesses and citizens who are converting to natural gas vehicles (NGVs) as a way to save money and use a clean, Ohio fuel.

The Obetz station will be the ninth station in the IGS CNG Services family of stations that service the public, and the first CNG station at a Duchess location. Of the nine stations, IGS CNG Services has two currently under construction in Findlay and Dayton, Ohio along with three active stations in Ohio and three in West Virginia. The Ohio CNG stations are located in Dublin (owned by the City of Dublin), Orrville and Girard. The West Virginia CNG stations are located in Charleston, Bridgeport, and Jane Lew.

“Our goal is to develop CNG infrastructure in the Midwest that serves businesses and individuals utilizing CNG,” said Scott White, president and CEO of IGS Energy. “Our plan responds to the emerging market demand for fast, convenient refueling of CNG vehicles. We want to develop the opportunity for customers to travel all over the region while ensuring they can easily find a spot to fuel up with compressed natural gas.”

“Englefield Oil Co. is pleased to be working with IGS CNG Services to provide another fuel alternative to the public,” said Bill Englefield, president of Englefield Oil Co. “CNG is going to be a part of the fuels of the future and we are happy to partner with IGS to provide a convenient fueling location for consumers who prefer this type of fuel for their vehicles. We are hopeful that the Obetz Duchess is just the start of a great partnership with IGS. We anticipate offering this fuel alternative at other Duchess locations around the state of Ohio in the future.”

Natural gas offers an abundant, affordable, and environmentally-friendly alternative to gasoline or diesel as CNG vehicles become an increasingly popular transportation option. This station will offer a convenient location in the greater Columbus area for drivers to refuel with CNG in approximately the same amount of time it would take at a conventional gasoline station.

State Reps. Sean O’Brien (D-Trumbull County) and Dave Hall (R-Millersburg) have introduced legislation that would provide tax incentives for entities that buy or convert vehicles to compressed natural gas (CNG), establish a sales tax reduction for those who purchase electric vehicles, and create a five year phase in of a motor fuel tax on compressed natural gas that will match the current tax on gas and diesel.

“We’ll have two dispensers with two high flow and two ‘fleet’ style hoses. These dispensers will allow users to plug their CNG vehicle into the dispenser and refuel in the same amount of time it would take to refuel traditional gasoline or diesel vehicles,” said Dave Mrowzinski, program manager with IGS CNG Services.

Overall, CNG is a cleaner burning alternative fuel to traditional fuels, emitting up to 30% less carbon dioxide, up to 75% less carbon monoxide and up to 95% less particulate matter than gasoline or diesel. The fuel also costs substantially less than the price of gasoline, is approximately 30-40% below current diesel prices, and is produced domestically in states including Ohio. Currently, there is more than a 100-year natural gas supply in the U.S. alone.

This station marks the continuation of the infrastructure necessary to support Ohio’s conversion to natural gas fueled vehicles. It will support light-, medium- and heavy-duty CNG fueled vehicles. Commercial CNG vehicles can range from light-duty trucks and sedans to medium-duty trucks (such as delivery vans and postal vehicles), to heavy-duty vehicles (such as tractor trailers).