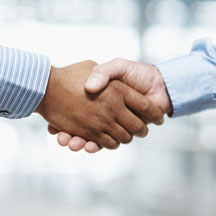 “The Lubbock acquisition presents a great opportunity for us to expand our operations further into west Texas,” says Empire’s CEO.

The addition of the CST locations expands Empire’s market presence in the Texas panhandle, and continues to increase its business partnership with Valero.

The company most recently acquired certain retail distribution assets of Mansfield Oil Co. of Gainesville Inc. in September 2014 and is in the process of completing additional acquisitions prior to year end.

“The addition of these locations to Empire is evidence of our continued commitment to our acquisition strategy, especially in the State of Texas,” said Empire’s CEO, Hank Heithaus. “The Lubbock acquisition presents a great opportunity for us to expand our operations further into west Texas.” To ensure continued success of the assets, Empire intends to hire all of the former CST employees to continue at the stores.

The 11 sites were part of a larger sale for CST conducted by NRC Realty & Capital Advisors LLC that consisted of 116 operating and former convenience stores with gas located throughout Arkansas, Arizona, California, Colorado, Louisiana, New Mexico, Texas, Utah and Wyoming. The bidding process concluded on June 24 of this year.