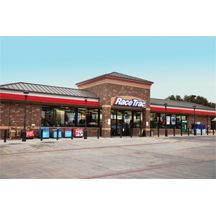 Max Lenker says goodbye after 40 years of service to RaceTrac.

RaceTrac Petroleum announced today that Billy Milam is set to take on the role of RaceTrac’s president, effective Jan. 1, 2015.

“The ringing in of a new year allows us all to reminisce about the successes of our past, but more importantly, it allows us to look forward to the future. As you know, the end of 2014 is bittersweet as our own Max Lenker wraps up 40 years of service to RaceTrac. He has left an indelible mark on our organization and his contributions to RaceTrac will last for years to come,” said Allison Moran CEO of RaceTrac Petroleum Inc. In October, RaceTrac was named Convenience Store Decisions’ 2014 Convenience Store Chain of the Year at an awards dinner in Las Vegas.

Headquartered in Atlanta, RaceTrac has been serving customers since 1934 and currently operates more than 365 stores in Georgia, Florida, Louisiana and Texas.

“Please join me in congratulating Billy in his new role as President of RaceTrac,” said Moran.