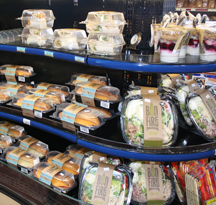 There’s rising evidence that consumers are shifting the meaning of convenience to include an element of freshness.

Ever since the invention of the TV dinner, consumers have expressed a desire to get out of their kitchens in less time, but there is increasing evidence that convenience is being redefined and kitchens aren’t so bad after all.

In 2015 consumers’ relationships with their kitchens will continue to evolve as Millennials look for more involvement in their food preparation, multi-cultural influences grow, and “fresh” foods and meals become must-haves, according to Darren Seifer, food and beverage industry analyst at The NPD Group, a global information company.

“The fundamental habits of in-home food and beverage consumption are among the most stable consumer behaviors, but food manufacturers and retailers shouldn’t take that to mean things aren’t changing,” said Seifer. “In fact, our tracking and forecasts revealed accelerated behaviors and activities among certain groups in the last economic recession. Given these changes, it will be important to understand and incorporate these shifts in consumer attitudes and behaviors into long-term strategic marketing and sales plans.”

Given these changes, Seifer offers these insights on how consumers will approach their eating behaviors in 2015:

The changing face of convenience

Frozen dinners and entrees for many years provided the perfect solution for consumers looking to eat a complete meal without the preparation time or kitchen clean-up. But there’s rising evidence that consumers are shifting the meaning of convenience to include an element of freshness. We expect to see consumers use fresh ingredients in their foods in greater numbers; at the same time, they still seek ways to create these meals in a short amount of time. Appliances such as slow cookers, rice cookers, and pod coffee makers are helping consumers achieve the goal of having a fresh item in their home without sacrificing its integrity.

As consumers opt for more freshness, there are opportunities for them to make their foods in their own unique ways. For example, Millennials (mid-20s to mid-30s) have an interest to be “sensibly involved” with their food and beverage preparation. They enjoy the time-saving factor food companies provide, but at the same time they want to finish a dish with their own flavorings.

This behavior was shaped by difficult economic times that forced younger adults, who have historically visited restaurants for their meals, to become familiar, or even comfortable, with their kitchens much sooner than would be expected. For example, at breakfast time, Millennials consume cold cereal less often compared to other generations when they were that age, and they choose eggs and fresh pancakes more often.

According to the U.S. Census, there are more than 50 million Hispanics in the U.S., and this is one of the fastest-growing population groups. They have had and will continue to have an enduring influence on the way we shop for food, eat, and dine out. We’ve already seen mainstream movements in consumption that have roots in Hispanic culture. Among these are a strong emphasis on fresh ingredients, heartier breakfasts, and bold seasonings when preparing in-home meals. We also know Hispanics’ influence will continue due to their average age. About 60% of U.S. Hispanics are Generation X or younger, meaning this quickly-growing group will shape younger generations and a generation yet to be born.

While not as large as the Hispanic population, Asians are the fastest-growing racial/ethnic group in the U.S. The Census estimates there are about 20 million Asians in the U.S. While this is far fewer than the number of Hispanics in the U.S., we’re already seeing their influence on how we eat. It’s hard to turn a corner in any major city without seeing a Thai, Chinese, Japanese, or Asian fusion restaurant, but these foods typically have been reserved for away-from-home dining experiences. Our Kitchen Audit reveals there is an Asian influence on how we spice and flavor our foods in the home, as well.