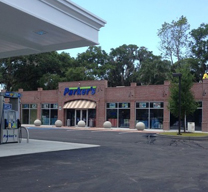 Parker’s recently presented a $10,000 Fueling the Community check to Beaufort County School District. The donation, which is part of a larger unrestricted charitable contribution to area schools, was officially presented at the Beaufort County Board of Education meeting on Jan. 20.

“We’re deeply committed to giving back to every community where Parker’s does business,” said Greg Parker, president and CEO of Parker’s. “I truly believe education is the rising tide that lifts all boats. Education helps make Beaufort County a stronger community, reduces crime and increases opportunity for young people.”

Parker’s donates one cent of every gallon of gas purchased at all of its convenience stores on the first Wednesday of the month to area schools through the Fueling the Community program. The company’s charitable initiative officially launched in the fall of 2011 and donates money to public and private schools across Georgia and South Carolina.

“As a father of three children, I know first-hand the positive impact a teacher can make in a child’s life,” said Parker. “At Parker’s, we are grateful for the dedication of our local teachers, who work hard every day to make sure students get a quality education.”

Parker’s customers can sign up for a PumpPal card online at www.PumpPalClub.com to select a school of their choice for their one cent per gallon donation. Existing PumpPal members can access their account online and select a specific school to receive donations.

Parker’s currently operates 36 convenience stores across the region and employs more than 400 individuals throughout South Carolina and Georgia.