The industry veteran will serve as a featured columnist for Convenience Store Decisions magazine and a content adviser for the National Advisory Group (NAG). 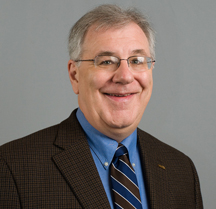 Fran Duskiewicz, the venerable industry veteran who helped grow Nice N Easy Grocery Shoppes into a retail powerhouse and guided the chain through its sale to CST Brands following the death of founder John MacDougall, is joining Convenience Store Decisions as a featured columnist and advisor for the National Advisory Group (NAG).

“I’m thrilled to be offered the opportunity to remain active within the industry I love by doing what I enjoy most–writing about the convenience store industry and working within a trade organization,” Duskiewicz said. “NAG always held a special place in John MacDougall’s heart, so I know he would be pleased I will be working with them.”

Duskiewicz worked for the 85-store Nice N Easy chain since 1985 before retiring last month. He served in various capacities including Store Manager, District Manager, Director of Training and Education, Vice President of Operations, Chief Financial Officer and company president, a position he assumed in 2014.

“I am thrilled to welcome Fran into the Convenience Store Decisions/NAG family,” said John Lofstock, CSD’s Vice President of Editorial and Executive Director of the National Advisory Group. “I have known Fran for close to 20 years and have long admired the work Nice N Easy has done through the years. His experience and knowledge of the industry will benefit our readers and NAG Conference attendees.”

Duskiewicz has been a driving a force behind Nice N Easy success for three decades. He helped to oversee the development of the company’s world-class foodservice program, several major store redesigns, the implementation of the company’s social media efforts and a host of other initiatives that firmly entrenched the chain in the top quartile of all convenience store industry operators.

As Nice N Easy president, Duskiewicz helped to guide the chain through its sale to CST Brands, a move that followed MacDougall’s death in June 2014.

The former school teacher earned a reputation as an industry expert in a variety or areas. Duskiewicz has held leadership positions on the NACS Executive Committee, the Petroleum/Convenience Alliance for Technical Standards (now Conexxus) and as chairman of the NACS/Coca-Cola Retailing Research Council (CCRRC).

Duskiewicz can be reached via email at [email protected].

For more information about the 2015 NAG Conference in San Antonio, visit www.nagconvenience.com or email [email protected].