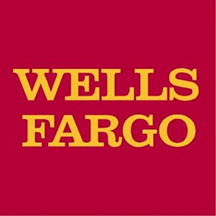 While growth was seen over the recent Labor Day holiday, the holiday did not boost sales as much as retailers had hoped.

A recent survey of beverage retailers has revealed that the recent Labor Day holiday did not yield the same growth that was observed last year.

The survey from Wells Fargo Securities, which polled beverage retailers representing around 15,000 U.S. c-stores, found that, overall, total beverage sales in c-stores were up only 4.5% for Labor Day 2016, compared to 6.2% last year. The diminished growth rate is being partially attributed to the weather conditions during the holiday weekend, which were wetter and colder than last year, and much of the Southeast was negatively impacted by Hurricane Hermine.

The survey also revealed that the majority of retailers agree that the energy category is slowing, as consumers have decreased purchase rates following last year’s price increases. Lack of innovation, poor weather and the shift to healthier/hydration categories also appear to be impacting the energy category. Retailers have only modest expectations for the launch of Monster’s Mutant beverage, as only half expect it to carry when it launches in late September, but a majority expect it to carry by the first quarter of 2017. The widespread belief among retailers is that Monster has reached its price ceiling, and customers will not be willing to pay more for the brand’s products. Some even believe that the brand has already surpassed its price ceiling, and over 80% of retailers don’t expect any more price increases from the brand this year.

Constellation Brands, on the other hand, is continuing its successful growth within c-stores, according to Wells Fargo Securities. Constellation has earned additional shelf space in stores, thanks to the enormous sales growth that the brand has encountered this year. The survey revealed that two-thirds of retailers plan to award the brand more shelf space in 2017.