The New York Association of Convenience Stores (NYACS) announced that Mickey Jamal and Paul D. Reid will be honored at its May 16 Chairman’s Banquet in Syracuse, New York.

NYACS, in partnership with the John and Elaine MacDougall Foundation, created the John MacDougall Award in 2017 to honor the late NYACS co-founder and CEO of Nice N Easy Grocery Shoppes. It is presented annually to the individual or company who best demonstrates qualities that characterized John’s career: Success in the convenience store business, industry leadership, a commitment to relationship building and active involvement in NYACS.

NYACS established the Carl Tripi Award in 2006 to recognize “low-profile, high-impact” contributions to NYACS and the convenience store industry. It’s named for the late Carl Tripi, who as Chairman of Buffalo, New York-based wholesale distributor Tripifoods Inc. remained behind the scenes but made sure NYACS had enough financial and volunteer support to succeed. 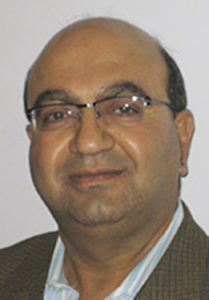 He has served on the NYACS Board of Directors for 18 years, including one year as Chairman, and is a member of the New York Convenience Store Hall of Fame.

Jamal and his family came to the U.S. from Jordan in 1969, and 10 years later, he opened his first Chestnut Market convenience store. Three of his five brothers — Sam, Cal and Sal — are partners in CPD Energy with him.

He currently serves on the boards of the National Association of Shell Marketers and the SUNY New Paltz Foundation.

Paul D. Reid is CEO of The Reid Companies/Crosby’s, in Lockport, New York, a major regional fuel marketer and convenience food retailer that originated when his grandfather, J. Ward Reid, opened a one-pump service station in 1922. 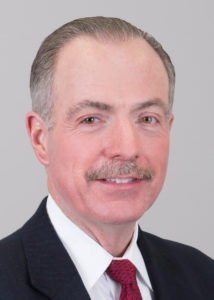 After expanding the company’s fuel business to more than 200 wholesale and commission dealer locations through the 1990s, the company developed Reid Stores Inc., a proprietary C-store chain in the 2000s through a series of acquisitions starting with K&K Food Stores, followed by Crosby Dairy Stores, Arrow Mart and others. Today, they operate 85 retail locations throughout Western New York and Northwestern Pennsylvania, all under the Crosby’s banner.

A national figure in the petroleum industry, Paul was a longtime board member of the Society of Independent Gasoline Marketers of America (SIGMA). As SIGMA’s president from 2006 to 2008, he testified before Congress on motor fuel issues and helped guide the association during the start of the RFS program. He most recently chaired The Fuel Foundation, a national nonprofit focused on petroleum industry research, education of industry participants and college scholarships for industry member students.

He has also been active in a variety of local charitable boards and causes throughout his career. He feels blessed to have a beautiful wife and family that live and work with him in Lockport along with a terrific management team.

Friends and colleagues are invited to attend the banquet on May 16, where in addition to these award presentations, former Altria Group sales executive Brad Carlson and retired Stewart’s Shops Senior Vice President David Caruso will be inducted into the New York Convenience Store Hall of Fame.