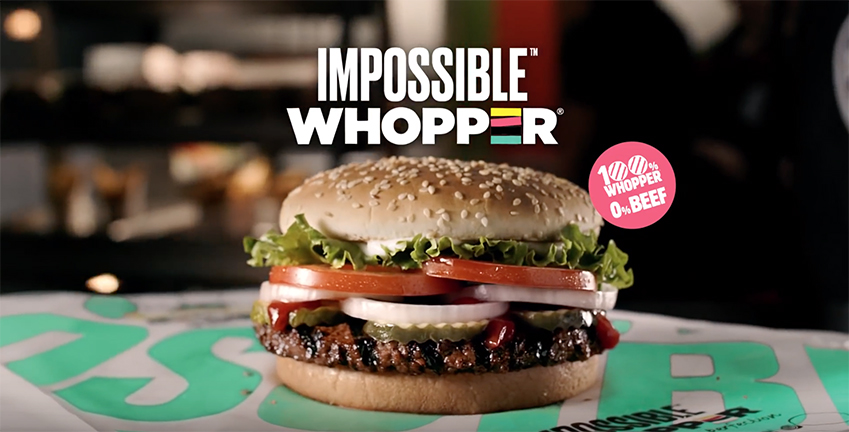 Thanks to the success of its trial in St. Louis, Burger King will add the Impossible Whopper, a plant-based alternative to the classic Whopper, to all 7,200 of its U.S. restaurants by the end of 2019.

The 59-restaurant test run in St. Louis, which was launched in early April, is “going exceedingly well, surpassing the most bullish expectations,” said a representative for Impossible Foods.

The nationwide launch will represent the largest meat-free fast-food experiment in the country. According to the Washington Post, the closest in size is Carl’s Jr., which is selling its Beyond Famous Star, made with Beyond Beef, at more than 1,000 restaurants.