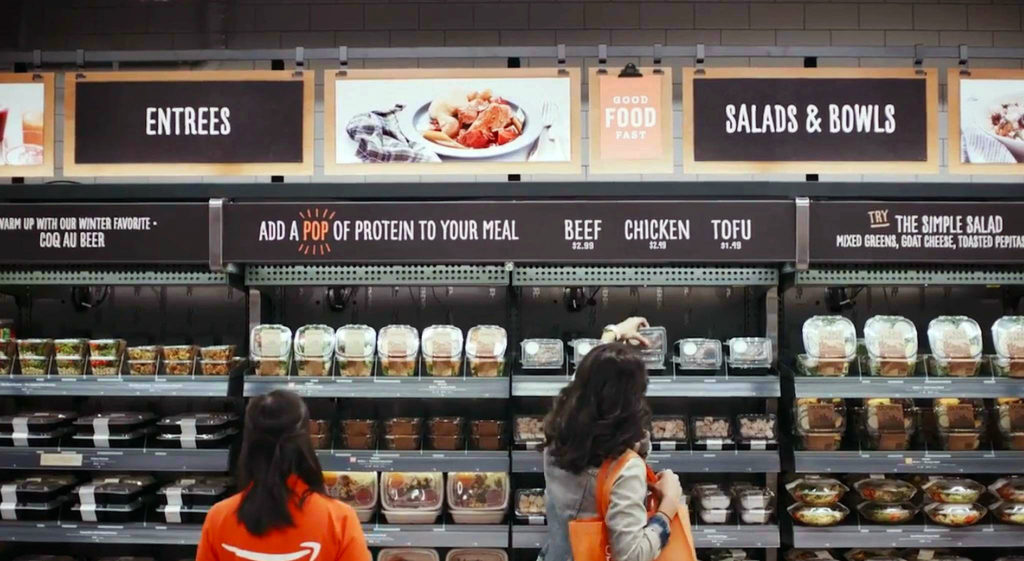 The new store will be at Brookfield Place in downtown New York, on the second level of the shopping mall. The 1,300-square-foot store is the twelfth Amazon Go location to open in the U.S.

In an internal meeting in March, Steve Kessel, Amazon’s senior vice president of physical stores, said the company is planning to add “additional payment mechanisms” to its Amazon Go stores.

Kessel was responding to a question about how Amazon plans to address “discrimination and elitism” at the stores, which charge purchases using an app rather than a cashier.

Massachusetts banned cashless stores in 1978 with a law that says retailers cannot “discriminate against a cash buyer by requiring the use of credit.”

“We’re in earlier days, but it’s an important focus for us, and we’ll continue to extend those methods with our stores,” said Kessel.

There still won’t be cash registers in the store, but customers will have the option to use paper money or coins by having a store employee come to them with a mobile device to help them check out and pay, the company said.

The new store in New York, like the other Amazon Go locations, will offer grab-and-go food options for meals throughout the day, Amazon said, catering to people in a hurry. It also will sell Amazon’s own meal kits.

According to CNBC, Amazon is considering opening up as many as 3,000 of its cashier-free stores by 2021.