Tyson Foods released its 2018 sustainability report, which demonstrates progress and increased transparency across sustainability measures such as farming practices, worker health and safety and hunger relief.

The company accomplished the following in 2018:

“Our progress is a testament to our unwavering commitment to accelerate sustainable food production,” said Noel White, president and CEO of Tyson Foods. “As one of the largest food companies in the world, Tyson Foods plays an important role in contributing to a stable and sustainable food system for future generations.”

These partnerships will help Tyson Foods accelerate its progress in meeting sustainability goals, which include reducing water use intensity 12% by 2020, reducing greenhouse gases 30% by 2030, increasing land stewardship practices on two-million acres of row crop corn by the end of 2020; and increasing worker retention by 10%.

“We’ve made progress but recognize there’s more to do,” said Justin Whitmore, executive vice president, alternative proteins and chief sustainability officer of Tyson Foods. “Our Team Members are determined to lead a coalition of industry partners to sustainably feed the world. We’re excited to work with organizations who will challenge our thinking so we can advance sustainability on a global scale.”

Tyson Foods made progress against its five core sustainability pillars, shared in the 2018 Sustainability Report, including: 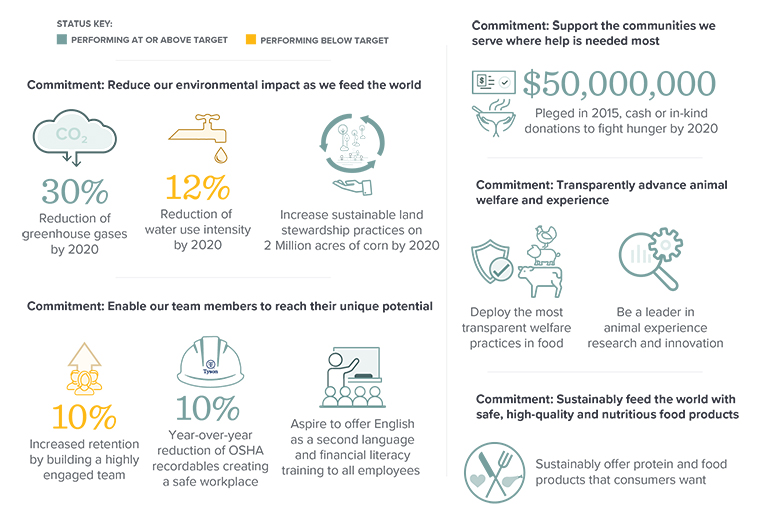