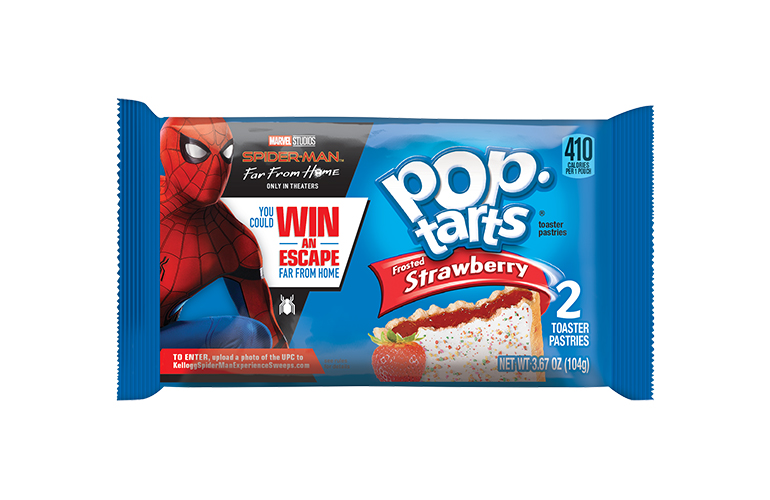 The national promotion combines colorful, on-pack Spider-Man graphics with the Kellogg’s products customers know and love. Plus, consumers will get a chance to win a trip to locations like London or Venice and “Escape Far from Home,” just like Peter Parker.

Movie collaborations have the power to deliver a measurable shelf lift. That can be especially true when surrounded by the buzz that a Spider-Man global event generates.

Now’s the time to draw superhero fans in for this fun promotion and the snacks they can’t resist. Don’t miss the opportunity to create super snack sales and see for yourself why “now is a good time to partner with Kellogg’s.”