Philadelphia-based Hank’s Gourmet Beverages is responding to customer and retailer input with updates packaging that will debut later this month.

Hank’s critically acclaimed line of seven flavors will all now be packaged in hand-crafted, brown bottles according to Tony Salvatore, Partner and Chief Customer Officer of Hank’s Gourmet Beverages. 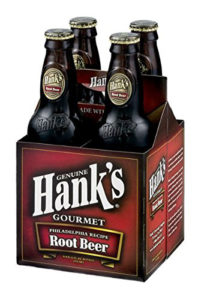 “Since our beginnings, we’ve been a company that has maintained an ongoing dialogue with both our fans and retailers,” said Salvatore. “It is something that has played a great role in both shaping and continuing the evolution and expansion of our brand.”

With the packaging alternations, Hank’s Orange Cream and Grape flavors, which were previously in clear bottles, will now come in brown to complement the other five popular Hank’s offerings. All other labeling and cap configurations will remain the same.

“In the craft soda category, brown bottles signify greater quality,” said Salvatore. “And when we were considering a change, something to create uniformity in the line, we tapped both our retailers and fans, the latter through our social media and website for input. The public and the trade agreed, so we are rushing to introduce this change into the marketplace as soon as possible.”