7-Eleven and Jones Soda Co. have collaborated on other #7SelectXJones drinks, such as the Sour Patch Kids watermelon soda, as well as more basic flavors, such as Blueberry Lemonade, Mango Lemonade and Green Apple. 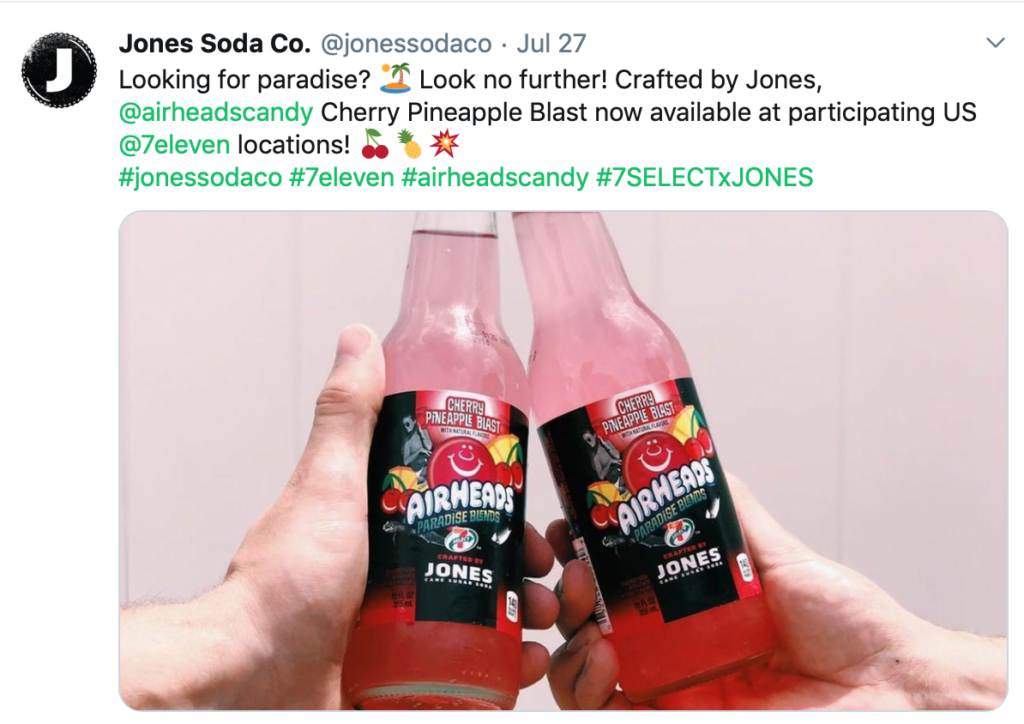