McDonald’s is set to test a new batch of international products, which may launch nationwide next summer, according to Business Insider.

In June, McDonald’s began offering a limited-time “Worldwide Favorites” menu, which included Cheesy Bacon Fries from Australia, a Grand McExtreme Bacon Burger from Spain, a Tomato and Mozzarella Chicken Sandwich from Canada and a Stroopwafel McFlurry from the Netherlands.

Next year’s menu will include the McChicken McMuffin from Japan, a Savory Ranch Burger from Mexico, a Premium Chicken Sandwich from France and a Caramel Brownie McFlurry from Canada.

McDonald’s President Chris Kempczinski previously said that bringing the international menu to America “is something we can do year in and year out and really showcase the global profile and sort of the global taste that exists out there that we serve through McDonald’s.” 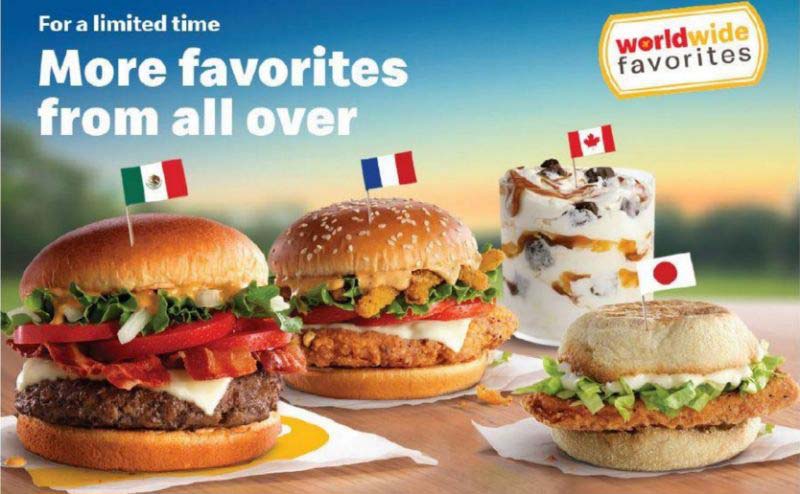