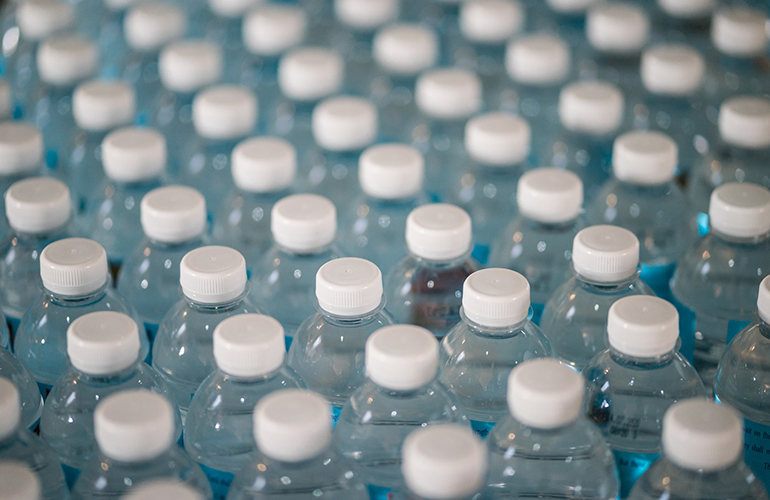 Starting Aug. 20, bottled water in plastic containers or plastic-lined cartons will no longer be sold at San Francisco International Airport (SFO), as part of the ‘Zero Waste SFO’ program.

“We’re the first airport that we’re aware of to implement this change,” SFO spokesman Doug Yakel told the San Francisco Chronicle. “We’re on the leading edge for the industry, and we want to push the boundaries of sustainability initiatives.”

The ban excludes the sale of flavored water and sodas but includes sparkling water and electrolyte-enhanced water. Airport vendors will still be allowed to sell drinking water in recyclable aluminum, glass and certified compostable bottles, in addition to reusable water bottles that can be filled up at ‘hydration stations’ located above water fountains at SFO.

Since 2011, the airport has installed more than 100 hydration stations and plans to add more, according to the San Francisco Chronicle.

SFO vendors sell about 4 million plastic water bottles per year, according to the Chronicle. The bottle ban is part of SFO’s sustainable food and beverage initiative, but it also falls under San Francisco’s own plastic reduction laws and a 2014 ordinance that bans the sale of plastic water bottles on property that the city owns.

Previously this year, restaurants and cafes at SFO were required to start using compostable or natural utensils made from paper, bamboo or wood if they were going to use single-use food service wares over reusable ones. The airport has also required that single-use paper or plastic straws are only allowed to be given to customers who specifically request them.