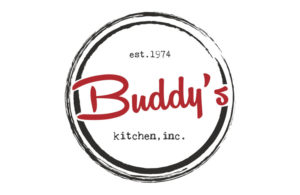 Buddy’s Kitchen Inc. announced changes and new additions to its leadership team, including the retirement of Buddy’s CEO Dave Smith and the promotion of Chef Joseph Chiovera to President of the company in June.

In addition, Buddy’s hired Chef Joshua Rappaport to lead its Culinary & Design team and brought on Keith Solsvig as the new VP of Convenience Stores. Buddy’s Kitchen has locations in both Burnsville and Lakeville.

Chiovera was promoted to President of Buddy’s Kitchen effective June 1, 2019.

Buddy’s Kitchen specializes in custom culinary solutions. In 2017, the company was acquired by Canadian Premium Brands Holdings and is now part of the North American Sandwich Group along with SK Foods and Rayberns.

Chiovera holds a BA in Food Service Management and an Associate Degree in Culinary Arts from Johnson & Wales University in Providence, R.I.

After forming XS Foodservice & Marketing in 2013, Chiovera worked with Buddy’s Kitchen on a consulting basis before being offered the full-time position of President of Emerging Channels and Innovation in 2017.

Chiovera’s many contributions to Buddy’s growth and success include enhancing and expanding culinary offerings in all channels as well as a key role in breaking into the Emerging Channels network. He has set the footings for a custom product company with functionality from the sky to the street corner.

“Becoming President is the next step in this journey,” said Chiovera. “I am extremely passionate about working closely with our customers, addressing their challenges in the ever-changing and evolving world of foodservice in today’s demanding, ‘I want it my way and I want it now!’ atmosphere. We will continue to dig into understanding needs and required functionality before developing platforms for our customers. This is the most excited I’ve been about food in my career. There are no rules and with the migration of other cultures coming into our country, flavors are exciting and limitless. Let’s go!”

Chef Joshua Rappaport comes to Buddy’s Kitchen with a unique combination of corporate and restaurant experience totaling more than 20 years.

Rappaport is a graduate of Brown University as well as the New England Culinary Institute. After a decade of luxury hotel experience with Four Seasons and Fairmont, Rappaport transitioned to roles as Executive Chef and District Chef with Eurest/Compass.

In these roles, he developed and oversaw corporate dining facilities for Microsoft and managed a team of 27 chefs and 32 locations generating over $100 million annual revenue. Since 2013, Rappaport has worked as Executive Chef for LSG SkyChefs and served as Chef for Alaska Airlines.

“From the moment I started working with Buddy’s as a customer, I have been continually impressed with the customer-driven approach and spirit of teamwork which infuses everything the organization does,” said Rappaport. “I thrive on open communication and collaboration, which makes Buddy’s a great fit for my own style of innovation and leadership. I look forward to bringing my culinary and airline experience to bear in such a positive and dynamic environment.”

Keith Solsvig has joined the Buddy’s Kitchen family as its new VP of Convenience Stores.

Solsvig brings with him more than 25 years of marketing experience, including over 15 years of success in the c-store foodservice industry with ExxonMobil, Thorntons, Tyson and Hunt Brothers Pizza. He is excited to work with convenience store chains and grow their foodservice sales by bringing new products that are easy to execute with their brand in mind.

Solsvig was most recently at Dawn Foods as the Senior Director of Channel Marketing, where he led programs such as The Sweetest Bakery in America. Prior to Dawn Foods, he was VP of Marketing for Hunt Brothers Pizza. He handled all marketing and product development for over 7,000 locations.

Prior to Hunt Brothers, Solsvig worked at Tyson where he created the Grilled & Ready line of products as well as its c-store, drugstore and dollar channels marketing efforts. Prior to Tyson, he was the Foodservice Category Manager for ExxonMobil. While at ExxonMobil, Solsvig developed the On the Run Café Breakfast Sandwich line. He was also the Foodservice Category Manager for Thorntons.

Solsvig has an MBA from the University of Arkansas and a BS from Miami University in Ohio.