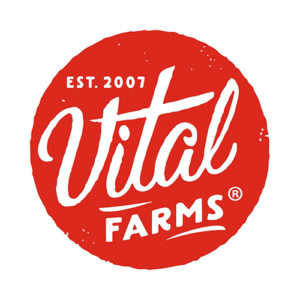 Vital Farms, a Certified B Corporation that offers a range of ethically produced pasture-raised foods nationwide, announced that Peter Pappas has joined the company as Chief Sales Officer.

Pappas brings 30 years of experience in building brands and driving growth for a range of emerging and multinational consumer food and beverage companies. In his new role, Pappas will oversee sales of Vital Farms products across retail and food service. He will report to Vital Farms President and CEO Russell Diez-Canseco.

“Peter is a seasoned sales executive with a proven record in driving substantial growth for both longstanding consumer brands and early-stage businesses,” said Diez-Canseco. “He brings a deep understanding of our categories and channels and will play an instrumental role in advancing our growth strategy and mission to bring ethical food to the table.”

Pappas joins Vital Farms from Califia Farms, a leading plant-based food and beverage company, where he served as Chief Commercial Officer and led the commercial development of the U.S., UK, and Australia business units including sales, marketing, insights and analytics, revenue management, sales operations, and strategy.

Prior to Califia, Pappas was Executive Vice President of Sales and Operations for the Western Division of Advantage Solutions, a sales and marketing consultancy, where he worked with grocery retailers and food manufacturers to build successful omnichannel sales strategies, brand development solutions, pricing, and new product launch plans.

Before Advantage Solutions, Pappas held leadership positions for several prominent consumer brands including Dean Foods, where he served as Chief Commercial Officer, MillerCoors Brewing Company, where he was Vice President of National Sales and Customer Development, and PepsiCo, where he worked for seventeen years in multiple sales roles including Vice President of Sales and Marketing for the Convenience Retail Division.

“I am honored to join Vital Farms and am incredibly inspired by the company’s mission and commitment to prioritize all of its stakeholders,” said Pappas. “I believe this mindset has contributed to the significant growth Vital Farms has experienced since its founding and am excited to build on this success, working alongside a passionate and talented team, to expand our retail and food service footprint across the country.”

Vital Farms, a Certified B Corporation, offers a range of ethically produced pasture-raised foods nationwide. Started on a single farm in Austin, Texas, in 2007, Vital Farms is the leading U.S. brand of pasture-raised eggs and butter by retail dollar sales. Vital Farms’ ethics are exemplified by its focus on the humane treatment of farm animals and sustainable farming practices.

In addition, as a Delaware Public Benefit Corporation, Vital Farms also prioritizes the long-term benefits of each of its stakeholders, including farmers and suppliers, customers and consumers, communities and the environment, and crew members and stockholders. Vital Farms’ pasture-raised products, including shell eggs, butter, hard-boiled eggs, ghee, egg bites and liquid whole eggs, are sold in approximately 16,000 stores nationwide.