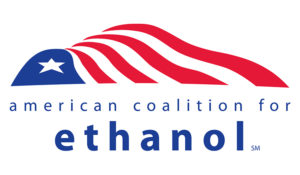 “ACE welcomes the announcement of this ambitious and important project which recognizes the incredible potential ethanol holds to help achieve net-zero carbon emissions in the U.S. by capturing the CO2 from corn ethanol fermentation and transporting it via pipeline to a final carbon sequestration site. Given improvements occurring in corn farming and within ethanol facilities, corn ethanol’s carbon intensity (CI) continues to drop, and this project would harness the added benefit of carbon capture and sequestration (CCS) which puts ethanol on a path to attain net-zero emissions.

“ACE looks forward to supporting our members who participate in this endeavor to increase the value of their ethanol by improving their carbon footprint, supporting their rural communities, and helping the nation reach net-zero carbon emissions by midcentury.”

The American Coalition for Ethanol (ACE) is powered by people who have built an innovative industry that sustainably delivers clean fuel and valuable food for a growing world.