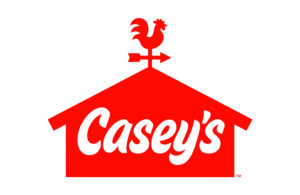 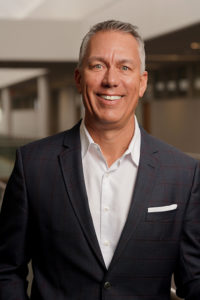 “Casey’s achieved remarkable results throughout the year in one of the most difficult retail environments of our lifetime,” said President and CEO Darren Rebelez. “The entire Casey’s team proved themselves resilient in spite of these challenges, and made excellent progress on our long-term strategic plan while keeping our people and communities safe.”

“We are now poised to emerge from the pandemic an even stronger company,” Rebelez said.

Net income, Diluted EPS and Adjusted EBITDA in the fourth quarter were down as compared to the prior year due primarily to lower fuel margin and higher operating expenses, partially offset by higher inside gross profit.

Same-store gallons sold were up significantly in the back half of the quarter due to the favorable comparison to the start of the pandemic a year ago. The company’s overall fuel gross profit was down 11% primarily due to the unusually high fuel margin achieved last year via supply and demand shocks from COVID-19 and macroeconomic conditions in the oil industry. The centralized fuel team coupled with procurement improvements contributed to the company’s fuel margin of 33.0 cents per gallon. The company did not sell RINs during the fourth quarter, as compared to selling $2.6 million in the prior year.

Inside same-store sales were driven by a resurgence in pizza slices, dispensed beverage, and bakery as Casey’s began lapping COVID-19 related traffic disruption. Whole pizza pie sales remained strong throughout the quarter as well. Inside margins improved primarily due to strategic sourcing initiatives and previous merchandise resets, along with a favorable mix shift of private brands, packaged beverage, and prepared foods.

Operating expenses for the fourth quarter were up primarily due to increased store-level operating hours and costs as we lapped COVID-19 related shutdowns from the same time a year ago. Also contributing to the increase were $8 million in incremental incentive compensation expense due to strong financial performance, higher credit card fees due to the rising retail price of fuel and increased volume, and operating 36 more stores than this time last year.

The company has $300 million remaining under its existing share repurchase program which expires in April 2022. There were no repurchases made against that authorization in the fourth quarter.

At its June meeting, the board of directors voted to pay a quarterly dividend of $0.34 per share. The dividend is payable August 16, 2021 to shareholders of record on August 2, 2021.

On May 13, 2021, Casey’s closed on the Buchanan Energy acquisition. The transaction was financed with a $300 million draw on a bank term loan and cash. Buchanan Energy is expected to add approximately $45 million in annual EBITDA contribution in fiscal 2022, but will be dilutive in the first quarter due to the related transaction costs.

Casey’s expects to build on the momentum of fiscal 2021, however, uncertainty remains regarding the timing of recovery from the COVID-19 pandemic. The company expects same-store fuel and inside sales to increase by mid-single digit percentages.

Total operating expenses are expected to increase by mid-teen percentages, driven primarily by adding approximately 200 units during fiscal 2022, as well as expenses related to adding back operating hours to the stores and expected wage pressures.

As a reminder, with the exception of same-store sales, the estimates in this paragraph include the impact of the Buchanan Energy and Circle K acquisitions.