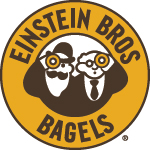 With the fourth generation at the helm, Enmarket’s parent company reaches the century milestone and sets its sights on future growth.

Colonial Group, the parent company of Savannah, Ga.-based Enmarket convenience stores, is celebrating its 100th anniversary. The company’s longevity is a testament to its ability to recognize and adapt to industry shifts across a century that has seen dynamic evolution in the convenience and petroleum industry.

Today, Enmarket is growing through new builds and acquisitions, while remodeling existing locations. It currently operates 129 locations in Georgia, South Carolina and
North Carolina, sells Enmarket-branded fuel and features 23 in-bay automatic car washes and one express tunnel wash. The chain is fi nalizing the latest iteration of its prototype store design, expanding its The Eatery proprietary foodservice program across its fl eet of stores and investing in technology — from a loyalty program that launched in 2020 to frictionless checkout and electric vehicle (EV) charging.

Brett Giesick, president of Enmarket, pointed to entrepreneurial vision and spirit as the keys behind the long-term success of Colonial Group and its Enmarket convenience store division.