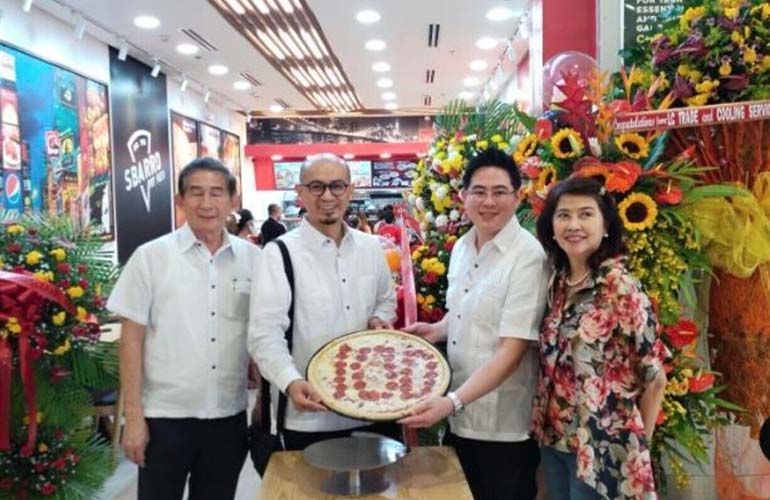 Sbarro has exceeded 100 new restaurant openings in 2022 with the opening of its two newest restaurants in the Philippines and in Missouri on Dec. 22 — the most in one year in its 65-year history. In addition to the 100 new restaurants, Sbarro celebrated several other milestones this year including opening its 200th domestic franchise restaurant, its 300th international franchise restaurant and its 500th franchise location. It also introduced its Original XL New York Pizza to three new countries including Poland, Georgia and Northern Macedonia.

“I am so grateful for the faith and trust of our franchisees and our corporate and field teams that have made these milestones possible,” said David Karam, Sbarro CEO. “With our focus on the Impulse Pizza segment, we’ve been able to feature our Pizza by the Slice and Strombolis to drive customer loyalty. By honing in on our key points of differentiation, it’s opened the doors to numerous new venues for growth including military bases, theme parks, c-stores, train stations and travel centers. I’m especially proud that our openings have been so balanced worldwide with half coming in the U.S. and half in the now more than 25 countries we operate in.” 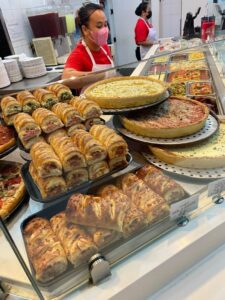 With the number of Sbarro restaurants in the system approaching 700, Sbarro is excited not just in the growth this year, but it anticipates the number of openings to increase in future years. “This is just the beginning for this great brand,” said Karam. “We have an incredibly strong development pipeline and we’re as excited as ever for our future.”

In 1956, Carmela “Mama” Sbarro and her family opened the doors to their Italian delicatessen in Brooklyn, N.Y. Their slices of New York-style pizza were so popular that they soon opened a second location at the King’s Plaza Mall in New York, focused solely on pizza. More than 65 years later, Sbarro is now a global leader in the impulse pizza category. Sbarro offers XL Original New York pizza in a variety of venues. Its New York pizzas, strombolis and other offerings can be found in retail spaces such as malls, casinos, airports, universities, convenience stores and travel plazas.