PCATS, founded in September 2003 to continue the development and maintenance of standards work initiated under the NACS Technology Standards Project, is tasked with developing, maintaining and assisting members in the implementation of a variety of technology standards.

“Card companies and PCI have issued far reaching security mandates to retailers, intended to help secure consumer card and transaction data,” said PCATS Electronic Business-to-Business committee chair Alvin Fortson, director of network systems development for The Pantry Inc. “Our industry’s cost of complying with these mandates will exceed $3 billion, not including fines for non-compliance. As retailers, we share the goal of providing customers a safe and secure card payment infrastructure. This committee will further this goal by providing concise, cost-effective solutions needed for retailers of all sizes to reduce and eliminate security risks.”

Providing Clarity
The first thing that the committee will achieve, according to Gray Taylor, NACS’ card payments consultant and the executive director of PCATS, is clarity. “The problem you have is that behind the scenes of data security you’ve got a bunch of lawyers running things. So Visa is very careful about what they come out with, PCI is very careful about what they say, and so forth.”

What Taylor refers to as the main reason PCATS was formed was that “none of us knew what the hell we were talking about,” he said. “By getting everybody in a room and pouring over the latest press release we actually can bring some clarity to this thing.”

Until last year, Taylor recalled, keeping up with changes largely meant keeping track of deadlines for compliance. Going forward, the thrust will be on being sensitive to nuances. Still, staying on top of  the latest standards is vital. “You need to keep up with the frequently asked questions because that is where you are going to get some explanation about what they mean by the standard,” he said.

Hence, an integral part of the committee’s function will simply be to provide realtime, qualified industry experts who are always looking at the latest information and asking, “What does it mean?”

“The second thing is advocacy,” said Taylor. “We have submitted some changes to PCI that would allow the majority of our retailers who have to fill out this SAQD (Self-Assessment Questionnaire D) to instead fill out the SAQC, which means basically a six-fold reduction of the questions they have to answer.”

Taylor called the SAQD “ridiculous” for its complexity. “I’m a pretty technically savvy guy, and I can’t go through it and answer all those questions on my home network,” he said. “Unfortunately, they’re pretty much requiring your single- and two-site operator to go through this questionnaire and fill it out. It was ridiculous. I’ve been pointing that out now for the last 18 months.”

Standardization and Direction
The committee keeps everybody communicating the same way, said Dale Williams, director of operations and information technology for Walters-Dimmick Petroleum Inc. in Marshall, Mich., who conceded there is a wide swing of best practices at present.

“If you’re doing EDI-type data transmissions and everybody sends in different formats, there can be confusion. You don’t want to have ways of reading different data,” Williams said. “But if everything is standardized then you could have a program able to do the processing and communicating between your vendors and yourself.”

Indeed, the situation may be even more challenging, Williams suggested. “I’m not sure a lot of companies even have best practices yet. I think a lot of people are still trying to feel their way through PCI security, and they’re looking toward the leaders in the industry to give direction.”

Direction has been forthcoming from several sources, Williams confirmed. “We’re a Shell jobber, so we get some direction from Shell on how to deal with PCI stuff. We have all Gilbarco equipment, so we got a lot of information from Gilbarco. But there may be some processors that are a little bit behind the times on dealing with PCI. Some people don’t even understand what it is. Even within our Shell network there are some Shell jobbers out there who are still saying, ‘What is PCI?’”

Walters-Dimmick, with 82 company sites, has found the major challenge presented by PCI compliance to be the cost of upgrading equipment, Williams revealed. “It has been very expensive. We have had to spend over $2 million.”

Additional guidance, Williams added, will be welcome. “We’ve been dealing with PCI for three years. I know there are a lot of companies that are way behind and don’t necessarily have the technical backbone to address it,” he said. “Some of the smaller guys need that guidance and that direction.”

For the remainder of this year and the first part of 2011, Taylor said the committee is going to be spending a lot more time defining just what is in the new Data Security Standard, which was released in September. The committee has not yet done what he called a “complete forensics” on it yet because a comprehensive look at it won’t be possible until early November.

“The Data Security Standard can be published, but until you see the self-assessment questionnaires and the frequently asked questions you really don’t know in which direction they’re heading,” Taylor said. 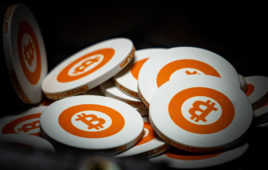