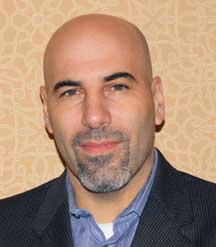 For many, many years the power of the Big Oil brands was indisputable. They owned the refineries, the stations and the credit card networks to boot. While my father was an Exxon dealer and jobber for more than 30 years I distinctly remember seeing Shell and Texaco credit cards lying around the house. In those days—the mid-70s and early 80s—gasoline cards were a status symbol. I can even recall how proud I was to get my first Exxon card.

But the times have changed. Big Oil gas cards have given way to incentivized Visa and MasterCard credit cards. This transition has eroded the loyalty an entire generation of consumers had for its locally branded service stations.

In fact, while customers gravitate toward the credit card rewards programs, oil companies are getting the double whammy. As customers look to earn rewards they are using cash less and charging more. NACS estimates that more than 80% of fuel transactions are done via credit cards, which is having a negative impact on fuel margins and profits. The card companies then charge the merchants to fund the rewards programs. It’s a vicious cycle with the card companies always coming out on top.

But that’s an entirely different story.

The bigger question that needs to be asked is: What is the real value of a Big Oil fuel brand these days?

Determining Brand Equity
Clearly, in Altoona, Pa., Sheetz has established a go-to brand that is spreading to new Southern markets. Similarly, Wawa, as we reported in June, acquired a dozen properties in the Orlando-Tampa, Fla. markets. They seem pretty confident as well that they can win over customers when competing head-to-head with the big fuel brands.

The same can be said about the large regional players with a booming fuel business: RaceTrac, QuikTrip, Maverik, Kwik Trip, EZ Mart and many others.

This is hardly limited to larger chains. Companies with less than 100 stores are also thriving in head-to-head competition with Big Oil—something that was unfathomable just a decade ago.

Nice N Easy, Family Express and MotoMart are just a few of the chains with a strong proprietary fuel offering. In June, High’s of Baltimore joined that list (see page 20) and during a lunch meeting with Greg Buddio and Damon Cranford of EZ Energy last month, they agreed that they were very much interested in growing the company’s Easy Trip fuel brand.

“When we fly the flag of a major oil company, in certain respects we’re undermining our own brand,” Ben Jatlow, director of business development for High’s of Baltimore Inc., tells Convenience Store Decisions. “High’s carries some weight in our marketing areas and we shouldn’t discount that.”

Similarly, Gus Olympidis told me not too long ago that he is paying for the real estate, the buildings, the upkeep and training employees. Why not take all the credit? “I don’t want customers to walk away from my lot thinking they got a great price from another brand,” he said. “We have worked hard to build our brand and earn the trust of our customers. It doesn’t make sense to promote someone else in our own space.”

It’s hard to argue that logic. It’s also hard to envision a highway without a Big Oil brand, but it certainly looks like private brands own the local roads, and the trend is rapidly expanding in all regions of the country.

Can Big Oil regain some of its luster? This is one issue on which I would like to hear from our readers. What is the value of Big Oil brands in your markets? You can email me your opinion at [email protected].