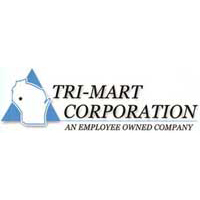 TMC Holdings, an acquisition entity formed by an investment group to acquire wholesale distributors in the convenience store industry, announced yesterday that it had acquired Tri-Mart Corp. in Menomonie, Wis.

TMC noted it expects to consolidate several distributors in the Midwest region into a platform that will compete effectively with the national distributors.

Convenience Store Decisions caught up with Jim Schroeder, president of Tri-Mart for more details on the sale and plans for the future of the company.

Tri-Mart services a territory that is approximately a 150-mile radius around Menomonie, Wisconsin and includes both Wisconsin and Minnesota. As such, Schroeder noted, “Tri-Mart is a very good small regional company, but we’re kind of locked in here as a regional player, and we knew we had to reposition, and either join with a larger company or grow ourselves to be competitive long-term.”

“We were an ESOP (employee stock ownership plan), and as an employee-owned company, you need to be able to move with the banks and grow. But as an ESOP, you also don’t necessarily have the ability to sign on the dotted line, which can make achieving that growth challenging. But more importantly, our decision was based on finding ourselves locked in as a northwestern Wisconsin regional player with only the minimums of what the large companies require, and we knew we had to grow to remain competitive,” he said.

TMC already owns a distributor to convenience stores with a strong presence servicing the Indian Nation casinos in Wisconsin. The combined companies will have over $100 million in annual sales, and operate in Wisconsin, Illinois, Minnesota and Michigan’s Upper Peninsula.

“The whole idea was to enhance what we were doing, which this merger will greatly do. TMC Holdings has a very strong partner in the tobacco area, with broad diversification there, and they do a strong analysis of their customer base. Tri-Mart, on the other hand, has very strong diversification, including a strong line up of tobacco, as well as coffee, cappuccino, Slush, ice cream, foodservice and so on. And Tri-Mart is well know in our neck of the woods for a high level of service,” Schroeder said. “Repositioning for growth through the merging of the two companies will be extremely good for Tri-Mart and TMC Holdings.”