Thirteen years after the energy drink market emerged in the U.S. with the introduction of Red Bull, the category remains popular with consumers, who are willing to pay higher prices in a difficult economy for an extra jolt.

But while Mintel reported in July 2009 that the energy drink market had climbed to an estimated $4.6 billion in the convenience store, food, drug and mass merchandiser channels, excluding Wal-Mart, the Chicago-based research firm estimated sales could fall flat by the end of 2010.

EZ Energy USA Inc. and TravelCenters of America, however, reported energy drink sales are on the rise at their stores so far this year.

“Energy drinks continue to do very well in the c-store and travel center industry overall,” said Kirk Matthews, senior category manager for Westlake, Ohio-based TravelCenters of America, which has more than 200 stores in 43 states. “It’s nowhere near the spike it experienced when it was introduced, but we’ve still seen a 10% uptick in energy drink sales this year.”

Matthews noted that the big players—Monster, Red Bull and Rockstar—are driving the category, with 5-Hour Energy dominating the shot segment.

EZ Energy reported similar results. “Our energy category sales are up 14% over last year for drinks and shots combined. Shots alone are up around 5% compared to last year,” said Deb Davis, beverage category manager for EZ Energy, which operates 67 Easy Trip and ampm stores in Ohio and Pennsylvania.

One factor driving the uptick has been Red Bull, which has come out with different size cans, including a larger can size to compete with Monster.

“A lot of women are going toward the less-sugar, lower-calorie drinks, while men just care how it tastes and what kind of energy or hydration it provides. I’ve seen a lot of men pick up the cool coffee drinks, which aren’t really energy, but are full of caffeine,” Davis said.

Overall, Mintel predicted flat sales for the energy category for the remainder of 2010. “We have not seen an influx of new consumers,” Goel Lal said, and regular consumers are not increasing their usage.

New product activity has also declined. In 2008 a total of 386 new products, including energy drinks and energy shots, entered the market, compared to 141 in 2009. “New product activity was high in 2008 because the category was new and even small manufacturers were entering the category, but many dropped out when they saw it was not increasing at the pace they expected,” Goel Lal said.

The good news is c-stores still dominate the energy landscape claiming 80% of the market.

Mintel reported energy shots have experienced better growth than traditional energy drinks in 2009 and 2010. Its survey also showed that the penetration of shots in all channels among consumers 18 and over was just 9%.

What’s more, while energy shots and drinks are reaching customers ages 18-34, only 17% of 35-44 year olds  consumer them, and even fewer 55-64 year olds. Because energy drinks are a higher priced product in a still difficult economy, manufacturers need to increase product appeal to expand their customer base, Goel Lal noted.  “Energy drinks have this ‘not so good for you’ tag attached because they have high amounts of caffeine and sugar, so if they can address that issue people might be more interested,” she added. “Also, because they have so much caffeine, I don’t think consumers drink them with the same frequency as they drink soda. That is also growth prohibitive.”

Relaxation Station
Finding space in c-store coolers are anti-energy drinks. According a 2010 study by Mintel polling functional beverage consumers’ attitudes toward relaxation beverages about 40-50% of respondents said they are looking for some kind of relaxation option. But Goel Lal noted it is unclear if relaxation beverage interest is affecting energy drinks. “Their sales are still very small and few brands offer a functional benefit,” she said.

EZ Energy offers relaxation shots at a few of its locations and plans to add AriZona’s Rescue Water in its upcoming beverage sets, which has a variety called Relax. Davis noted it is too early to tell whether relaxation drinks are getting customers’ attention.

TravelCenters’ Matthews has been following the trend, but has not yet ventured into the relaxation arena. “There is a lot of push on it now, but I’m not sure if it fits our customer base,” he said. “We’re the travel public, so I’m not sure (highway drivers) are looking for relaxation drinks.”

Having just completed the ampm resets for the summer, EZ Energy included a new caffeinated water brand called Avitae, which Davis hopes will further attract customers looking for a jolt without the calories and sugar. For customers demanding an all-natural boost the company added the holistic beverage Adina, which offers consumers power through herbal and superfruit ingredients.

To get customers to sample the new selections, the chain offers coupons, including two-fer promotions. “We are doing a two-fer promotion where you can get two 8.3-ounce Red Bulls for $3, and for the Avitae we offer 50-cent off coupons,” Davis said.

Some people argue energy drinks are really the new soft drinks for a new generation so there is no reason why they can’t expand into all kinds of other directions just like soft drinks have different favors and caffeine profiles, said Gerry Khermouch, editor of Beverage Business Insights. The difference, he noted, is the energy category welcomes such experimentation more so than the cola sector where the majority of new variations tend to fizzle.

By contrast, when Monster branched off with its Java Monster, it created a $100 million sub category, prompting Pepsi and Starbucks to compete with Double Shot, which is pulling in strong sales, according to Mintel.

“A lot of people have been trying to write the obituary of energy drinks, and I think that’s anything but the truth. Despite the recession the category pretty much held its own—you can’t say that for any other beverage category except maybe iced tea, which to me proves it’s a very durable category with a lot of life left in it, Khermouch concluded. 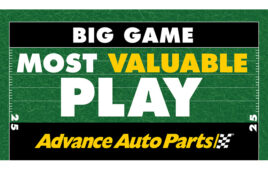